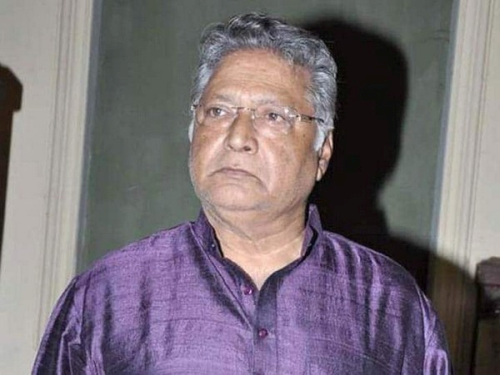 Veteran film actor and thespian Vikram Gokhale is currently undergoing treatment and is "still critical," news agency ANI said today amid reports of his death.
Vrushali Gokhale, Vikram Gokhale's wife gives an health update on the actor. "Vikram Gokhale is critical since the last 24 hours. Doctors are trying their best. He is not responding to the treatment as expected. He has multiple organ failure."
A family friend, Rajesh Damle added, "He is fighting since the last 24 hours. He has suffered multiple organ failure. Doctors are trying their level best.
Vikram Gokhale, during his extensive career, featured in Marathi as well as Hindi films, including Amitabh Bachchan's iconic Agneepath and Sanjay Leela Bhansali's Hum Dil De Chuke Sanam, co-starring Salman Khan, Ajay Devgn and Aishwarya Rai Bachchan. In the recent years, he starred in films like Mission Mangal, Hichki, Aiyaari, Bang Bang!, De Dana Dan and Bhool Bhulaiyaa, among others. Over a career spanning more than 40 years, he also starred in several TV shows.
« Back to LIVE

The world's most popular source for movie content, IMDB, has released its list of the Top 10 Most Popular Indian Stars of 2022.