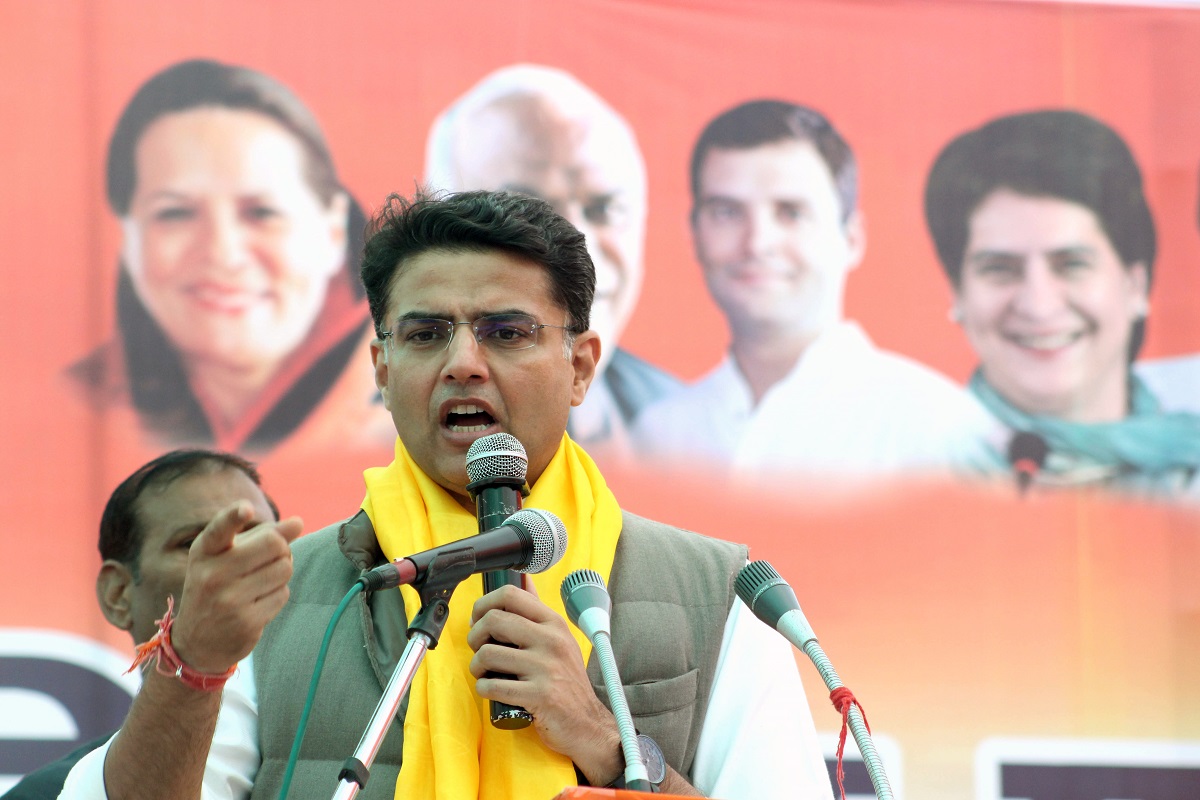 Hitting back at Rajashthan Chief Minister Ashok Gehlot for his 'traitor' barb, senior Congress leader Sachin Pilot on Thursday said it was unbecoming of an experienced person like him to use such language and the priority should be to fight unitedly to defeat the Bharatiya Janata Party as well as strengthen Rahul Gandhi's hand.
Pilot said Gehlot has been calling him 'nikamma, naakara, gaddar and so on' but it was not part of his upbringing to use such language.
The former Rajasthan deputy chief minister told PTI that the 'name-calling, mud-slinging and accusations that are going around are serving little purpose'.
Days before the Kanyakumari-to-Kashmir yatra led by Rahul Gandhi enters Rajasthan, Gehlot launched a scathing attack on Pilot dubbing him a gaddar (traitor) and said he can never be made the chief minister of the state.
Reacting to the remarks, Pilot told PTI, "I have seen Ashok Gehlot ji's statements today aimed against me. Someone who is so experienced, senior and whom party has given so much, it is unbecoming of someone with such experience to use this language, make such completely false and baseless allegations."
"It serves no purpose when we have to fight BJP unitedly....previously also Ashok Gehlot ji has been making such allegations against me for a long time," the former Union minister said.
The priority right now is to win the assembly elections in Gujarat where Ashok Gehlot is the senior observer of the party and it is also important to strengthen the hand of Rahul Gandhi, who has spent the last three months walking 2,000 km in the Bharat Jodo Yatra to challenge divisive forces, and that of the party.
"It is time for us to work together to defeat the BJP because only the Congress can defeat the BJP. I think this name-calling, mud-slinging and accusations that are going around are serving little purpose," he said.
Pilot walked alongside Rahul Gandhi and Priyanka Gandhi Vadra in the Bharat Jodo Yatra in Madhya Pradesh on Thursday.
In an interview to NDTV, Gehlot alleged that Union home minister and senior Bharatiya Janata Party leader Amit Shah was involved in Pilot's rebellion, when some Congress MLAs loyal to him were holed up in a Gurugram resort for more than a month and Union minister Dharmendra Pradhan visited them often, claiming that he has proof that an amount of Rs 10 crore was paid to each of those legislators, including Pilot.
Gehlot and Pilot have been at loggerheads over chief ministership ever since the Congress won the Rajasthan polls in 2018.
While Gehlot has been maintaining that Pilot does not enjoy the support of a majority of the Congress MLAs, the Pilot camp has been claiming that the legislators want a change in the leadership.  -- PTI
« Back to LIVE