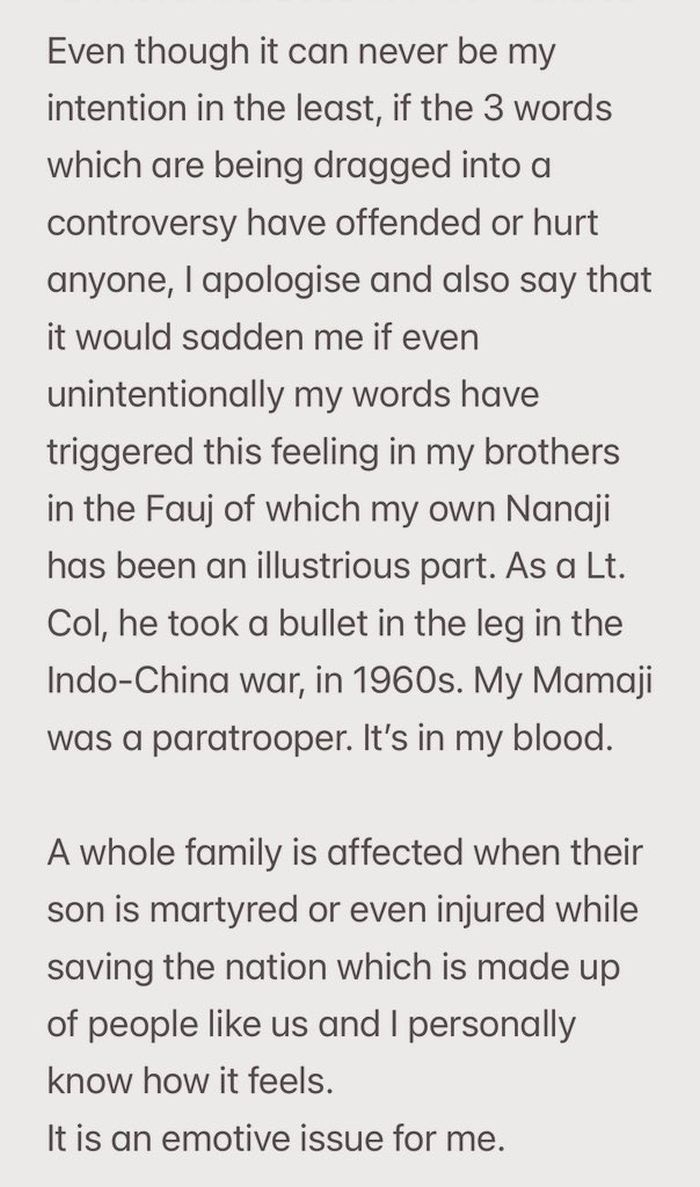 Actor Richa Chadha apologises and deletes her tweet on Galwan after severe backlash from the BJP. See her apology tweet alongside.
BJP leader and MLA from Maharasthra, Ram Kadam slammed Bollywood actor Richa Chadha for her comment on the 2020 Galwan clash, in which several Indian Army soldiers died.
Speaking to ANI, Ram Kadam said, "To come in the news and get publicity, will she (Richa Chadha) disrespect the soldiers of our country. What has happened to her? Our soldiers are day and night guarding our country by leaving their families behind. They should be honoured with our heads bowed down.
He added, "Sitting in an air-conditioned room, how will this actress who has this mindset will understand their dedication."
Kadam continued, "The whole nation wants her to apologize to the soldiers of our country."
On Wednesday, Richa had reacted to Northern Army Commander Lt General Upendra Dwivedi's statement that the Indian Army is ready to execute orders like taking back Pakistan-occupied Kashmir.
Sharing a post on the statement, Richa took to her Twitter handle and wrote, "Galwan says hi."
As soon as she tweeted this, all hell broke loose on social media and people started to slam her for allegedly insulting the army by talking about the 2020 clash between India and China.
« Back to LIVE