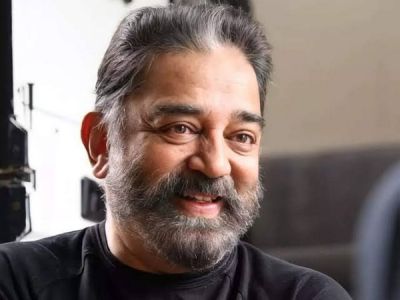 Veteran actor Kamal Haasan was admitted to Sri Ramachandra Medical Centre (SRMC), a hospital in Porur, Chennai on November 23, following mild fever, cough and cold.
According to the official statement from the hospital, the 68-year-old star is 'recovering well' and will soon be discharged.
The official release stated, "Sri Kamala Haasan, was admitted on 23.11.2022 with mild fever, cough & cold. He is recovering well and will be discharged in a day or two."
The actor-turned-politician met Telugu director K Viswanath on Wednesday at his house in Hyderabad. A few hours later, news of his hospitalisation emerged.
Kamal posted a picture from his meeting on his official Instagram handle, where he can be seen receiving the director's blessing.
In the photo's caption, he wrote, "Met the master K Viswanath sir at his home. Lots of nostalgia and respect!!"
Meanwhile, coming to his work front, he is currently busy hosting the sixth season of Bigg Boss Tamil. He is currently shooting Shankar's Indian 2, after which there is Mani Ratnam's as-yet-untitled KH 234.
« Back to LIVE

Warner said he had withdrawn his application because he was not prepared to subject his family or team mates to "further trauma and disruption".

AAP celebrates after win over BJP in Delhi

Celebrations started at AAP's office in New Delhi with supporters carrying party flags distributing sweets and dancing to the beat of drums.