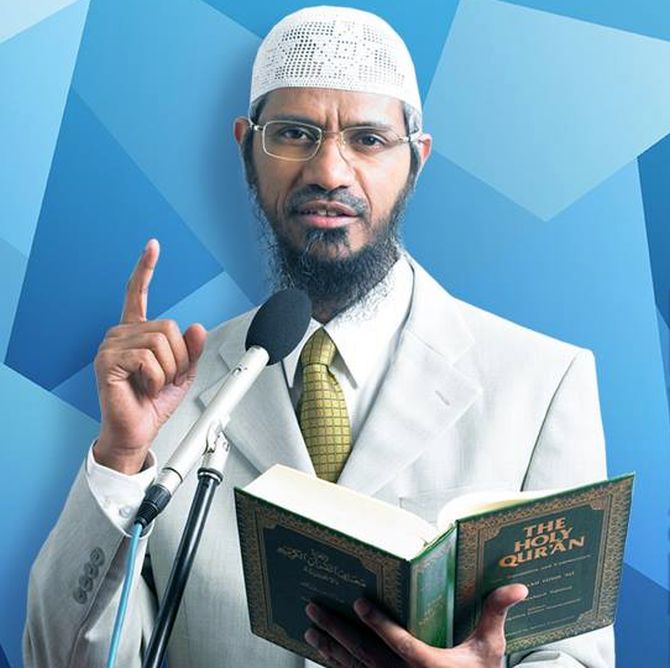 India on Thursday said it has raised the issue of Islamic preacher Zakir Naik being a fugitive of law with authorities in Qatar, amid reports of his presence in the emirate during the ongoing FIFA World Cup.
Ministry of External Affairs (MEA) Spokesperson Arindam Bagchi said India will make every effort to make Naik face the law and continue with its efforts for his extradition.
Bagchi said the issue was not raised by Vice President Jagdeep Dhankhar during his visit to Qatar to attend the inaugural ceremony of the FIFA World Cup, indicating that it was brought up through diplomatic channels.
He also made it clear that authorities in Qatar had conveyed to their Indian counterparts that no invitation was extended to Naik, who is wanted in India since 2016 for allegedly laundering money and inciting extremism through hate speeches.
Naik has taken refuge in Malaysia.
"Qatar did mention to us that no invitation was extended to Zakir Naik to attend the FIFA World Cup," Bagchi told reporters in New Delhi.
He said Naik is an accused in India and has been declared as an absconder.
"We will continue with our efforts to get him back separately," he said.
Bagchi said India has raised the issue of Naik's extradition with the Malaysian authorities and would continue to take every step to make him face the law here.
In March, the home ministry declared the Islamic Research Foundation (IRF) founded by Naik as an unlawful association and banned it for five years.   -- PTI
« Back to LIVE