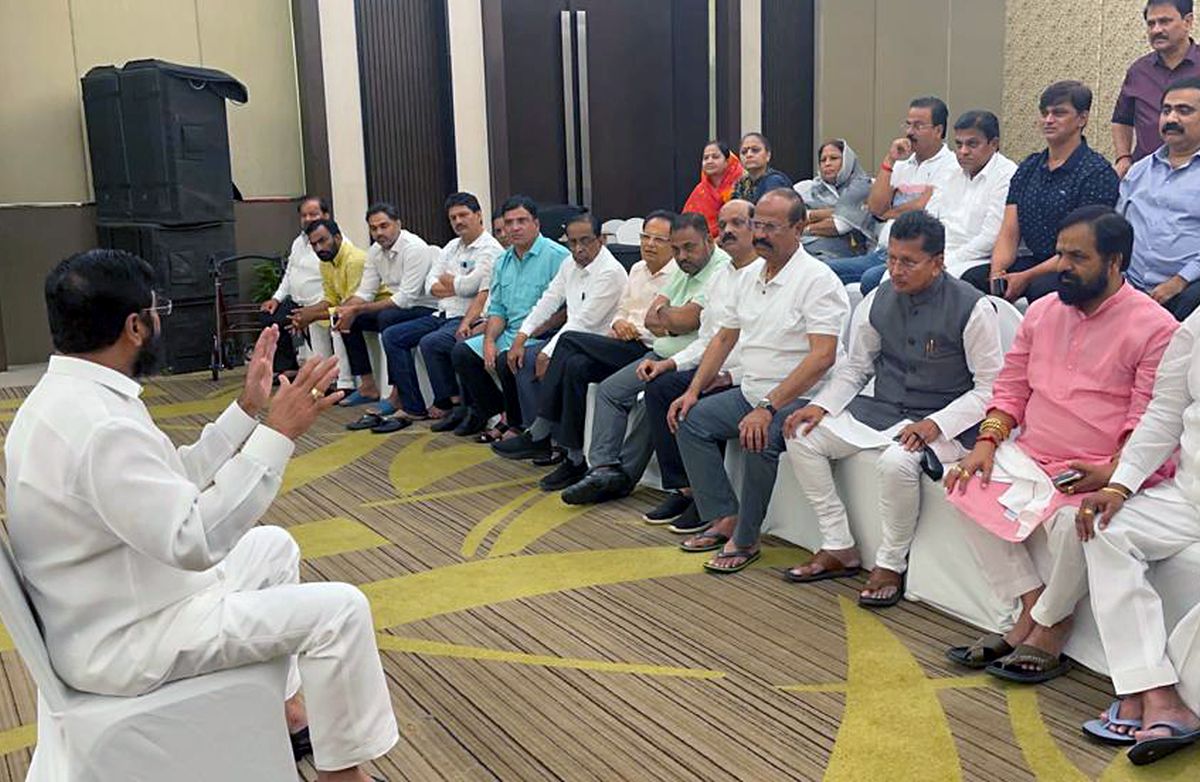 Eknath Shinde is appearing to be holding a tight grip on the Shiv Sena, as the strength of MLAs supporting him is expected to cross 50 as more legislators are likely to reach Guwahati on Friday thus further deepening the political crisis in Maharashtra.

The political crisis in Maha Vikas Aghadi (MVA) government in Maharashtra erupted after party legislators joined a rebellion led by Eknath Shinde who is staying at a hotel in Guwahati.

Shinde camp has claimed the support of 46 MLAs, which includes 37 Shiv Sena MLAs and nine independents.

The rebel MLAs who are at a hotel in Guwahati since June 20, authorised Shinde on June 23 to decide on a further course of action.

The Shinde faction also said that Bharat Gogawale has been appointed as Chief Whip of the party.

The letter has the signatures of 37 Shiv Sena MLAs and a copy of the letter has been sent to Deputy Speaker Narhari Zirwal, Governor Bhagat Singh Koshyari, and Secretary to the Legislative Council Rajendra Bhagwat.

Phatak is believed to be a close associate of Chief Minister Uddhav Thackeray who had sent him as an emissary to Surat where the rebel MLAs were lodged.

The situation for Thackeray continues to become grimmer with his close aide switching sides and the chief minister himself falling short of numbers.   -- ANI
« Back to LIVE