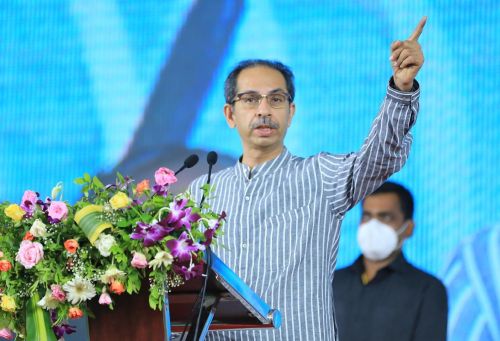 Amid a rebellion by Shiv Sena leader Eknath Shinde, party MP Sanjay Raut on Thursday said the Sena is ready to quit the Maha Vikas Aghadi (MVA) government in Maharashtra if the group of rebel legislators camping in Assam returns to Mumbai in 24 hours and discusses the issue with Chief Minister Uddhav Thackeray.
Shinde is currently camping with 37 rebel MLAs of the Sena and nine independents in Guwahati, which has plunged the party-led state government into a crisis.
The NCP and Congress also share power in the Uddhav Thackeray-led dispensation.
"You say you are real Shiv Sainiks and will not quit the party. We are ready to consider your demand provided you come back to Mumbai in 24 hours and discuss the issue with CM Uddhav Thackeray. Your demand will be considered positively. Don't write letters on Twitter and WhatsApp," Raut said.
"The rebels who are out of Mumbai have raised the issue of Hindutva. If all these MLAs feel that Shiv Sena should walk out of the MVA, show guts to come back to Mumbai. You say you have issues only with the government and also say that you are true Shiv Sainiks...Your demand will be considered. But come and talk with Uddhav Thackeray," he added.
CM Thackeray had on Wednesday offered to quit the top post amid the rebellion by Shinde and later also vacated his official residence in south Mumbai before moving to his family home in suburban Bandra. PTI
« Back to LIVE