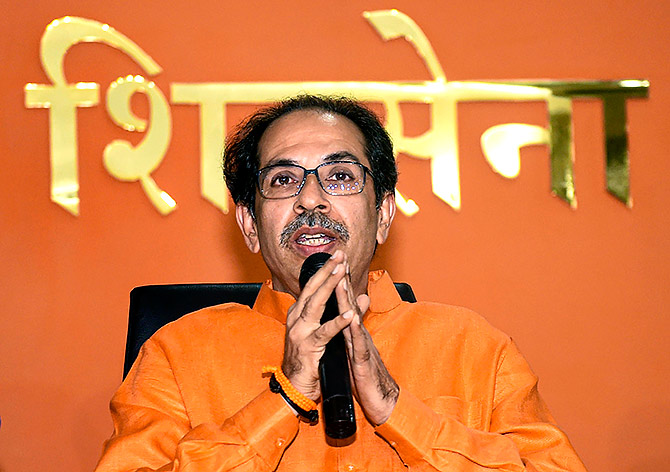 Even as uncertainty looms large over the fate of the Maha Vikas Aghadi (MVA) government following the rebellion led by Shiv Sena minister Eknath Shinde, the Pune unit of the Sena on Thursday expressed solidarity with party president Uddhav Thackeray, who is also the chief minister of the state.
In the recently dissolved Pune Municipal Corporation (PMC), there were 10 corporators belonging to the Shiv Sena, and if the party leaders are to be believed, all the former corporators, party leaders and office-bearers have pledged their support to CM Thackeray amid the ongoing political crisis.
Elections to several municipal corporations in the state are round the corner and the battle for the Pune civic body is crucial for all the parties, including Shiv Sena.
"There is no confusion in the Pune unit (about whom to support). We are Shiv Sainiks and all of us are standing strongly behind Shiv Sena supremo Uddhavji Thackeray," said Gajanan Tharkude, Shiv Sena's city unit president.
He said that although political upheavals do take place, the 'real Shiv Sainik' does not get distracted by all such things and no one from the Pune unit has gone astray in the present condition.
"In the past also, some people had left Shiv Sena. MLAs, corporators generally leave the party, but real Shiv Sainik never goes out," he said, adding that they are real workers of the party and they would remain loyal to party founder late Bal Thackeray and the Thackeray family.
In the morning, members of the Shiv Sena's Pune unit staged a protest outside MLA Tanaji Sawant's house in Pune.
Sawant, a Sena MLA from Paranda in Osmanabad, is with Shinde and is currently staying in a hotel in Guwahati with other rebel MLAs of the Sena.
Meanwhile, Sachin Bhosale, the Pimpri Chinchwad city unit president of the Sena, said all the party workers, eight former corporators and leaders from the industrial township stand united with CM Thackeray.
"Any decision taken by the party will be accepted by the Pimpri Chinchwad unit," he said.   -- PTI
« Back to LIVE

The agency recorded his statement under criminal sections of the Prevention of Money Laundering Act (PMLA), officials said.