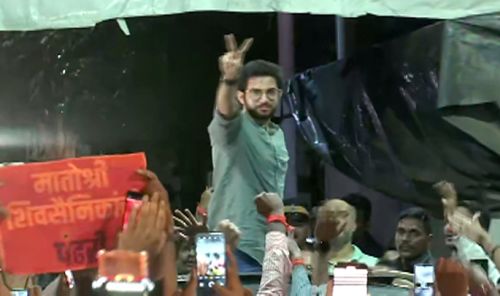 Rain fury likely to continue in Maha for 2 more days; landslide in Mumbai

Some low-lying places like Hindmata, and areas in Dadar and Sion, including the Gandhi Market and road number 24 in Sion, were inundated, forcing pedestrians to wade through the water and making it difficult for motorists to commute.

FIR against Mahua Moitra for remark on Goddess Kaali

Moitra on Tuesday stirred a controversy with her remarks that she has every right as "an individual to imagine Goddess Kaali as a meat-eating and alcohol-accepting goddess", as every person has the right to worship god and goddess in his...

In Maharashtra, Bhagat Singh Koshyari has done pretty much as he liked, observes Aditi Phadnis.