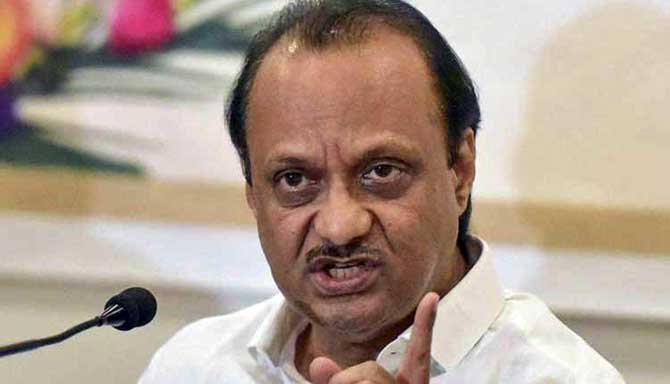 Maharashtra deputy CM Ajit Pawar
Amid the deepening political turmoil in Maharashtra, state Congress president Nana Patole on Thursday accused deputy Chief Minister and senior NCP leader Ajit Pawar of harassing Congress legislators and ministers by stalling their development funds.
Patole's statement was in reference to some rebel Shiv Sena MLAs targeting the NCP for denying development funds to them.
NCP and Congress are part of the Shiv Sena-led Maha Vikas Aghadi government.
Ajit Pawar is the state finance minister.
"Ajit Pawar has harassed Congress MLAs and ministers also. We opposed this tactics saying the government was for the welfare of people. Our opposition to such tactic was not political," Patole said.
When asked about Patole's allegation, senior NCP leader and minister Chhagan Bhujbal played down his remarks saying, "Even within parties, leaders complain against each other. So this is not anything that can be taken seriously."
The MVA government is on the brink of collapse after Shiv Sena minister Eknath Shinde rebelled against the party and went to Guwahati in Assam with some rebel MLAs. -- PTI
« Back to LIVE