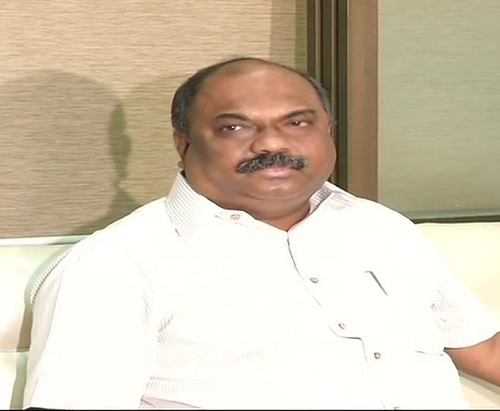 The Enforcement Directorate questioned Maharashtra Transport Minister Anil Parab for more than six hours on Wednesday, the second consecutive day of his questioning, in connection with a money laundering case against him.
Parab reached the ED office located in south Mumbai around 3.45 pm for his questioning in the money laundering probe linked to the alleged violation of coastal regulation zone provisions in the construction of Sai resort in Dapoli beach area of Maharashtra's Ratnagiri district, an official said.
After the questioning, the minister left the central agency office around 10.30 pm, he said, adding that he has been asked to appear on Thursday as well. Parab was questioned by the central agency for more than 10 hours on Tuesday.
He was summoned on Wednesday morning, but citing the political developments in the state, he had sought more time to appear before it. Parab, 57, is a three-time member of the Maharashtra Legislative Council and holds transport and parliamentary affairs portfolios.
The ED had raided his premises and those allegedly linked to him in May, after registering a fresh case under the Prevention of Money Laundering Act against him and others.
However, the Shiv Sena leader denied any wrongdoing. -- PTI
« Back to LIVE

The Aga Khan Museum in Toronto has said it "deeply regrets" causing offence to members of the Hindu and other faith communities and has removed the presentation of the documentary Kaali, after the Indian mission in Ottawa urged the...

What are Vidya Balan and her family celebrating?

Fresh holes dug ahead of new funerals sit next to dozens of recent graves, many of which have been filled by those who have died since Russia invaded Ukraine four months ago, in the Walk of Heroes section of the cemetery in Kharkiv.

As the rains flood Mumbai, disrupting the flow of life and the momentum of traffic in the city that never sleeps, Mumbaikars will be relieved to know that the Powai lake, which supplies some of the city's water needs, is overflowing.