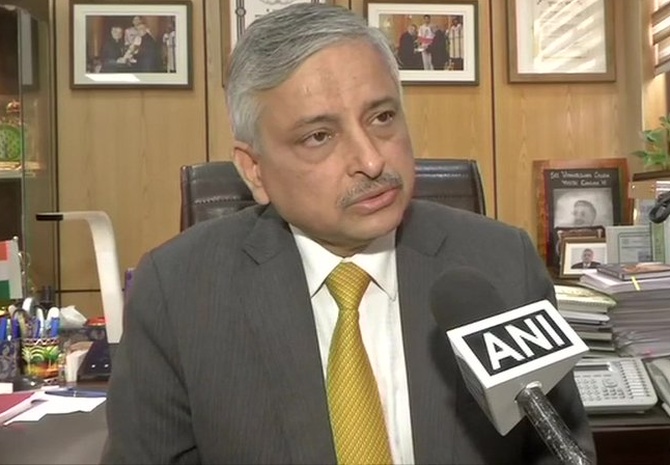 The tenure of AIIMS New Delhi director Dr Randeep Guleria has been extended by another three months, according to an office memorandum issued by the premier hospital on Thursday.
Dr Guleria was appointed as the director for a term of five years on March 28, 2017. Before his tenure was to end on March 24, it was extended by three months till June 24.
"The President, AIIMS, New Delhi is pleased to further extend his tenure as Director, AIIMS, New Delhi w.e.f. 25.06.2022 by three months or by the time new Director is appointed, whichever is earlier. Other terms and conditions of his appointment would be in accordance with the Rules of the Institute," the fresh memorandum said.
The Appointments Committee of the Cabinet (ACC) headed by the prime minister met on June 20 seeking a wider panel of names for the post of director of the All India Institute of Medical Sciences (AIIMS) here.
« Back to LIVE