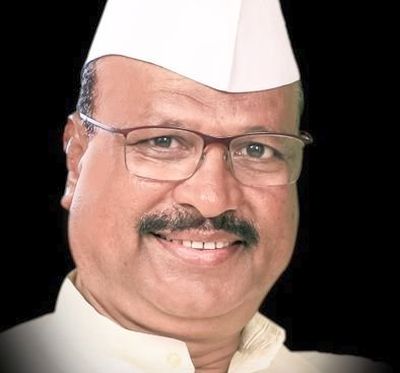 Shiv Sena MLA Abdul Sattar
Bharatiya Janata Party MLA Santosh Danve on Saturday claimed that Shiv Sena legislator Abdul Sattar had helped BJP in the Rajya Sabha elections held for six seats in Maharashtra, which saw ruling Sena's second nominee Sanjay Pawar losing against BJP's Dhananjay Mahadik in a tight contest.
Speaking to reporters, Danve said it was wrong on part of Sena MP Sanjay Raut to term some Independent MLAs traitors for not voting in favour of Maha Vikas Aghadi nominees in the RS polls held on Friday. Results were declared in the early hours of Saturday.
"Independent MLAs are not traitors but they voted as per their Constitutional right. It is wrong to make such a statement after your nominee lost the Rajya Sabha election. Abdul Sattar should be the number one in Raut's list of traitors," he said.
I am sure Sattar would help BJP once again in the upcoming Assembly elections as he did in the Rajya Sabha elections, said Danve, the MLA from the Bhokardan constituency in Jalna district.
He is son of Union minister Raosaheb Danve.
Santosh Danve credited the victory of all three candidates fielded by the BJP to the meticulous planning and execution by former chief minister Devendra Fadnavis and state unit BJP president Chandrakant Patil.
Sattar represents the Sillod Assembly segment in the Aurangabad district.
Earlier in the day, Raut had claimed that three MLAs of the Bahujan Vikas Aghadi, an independent MLA from Karmala, Sanjaymama Shinde, Swabhimani Party MLA Devendra Bhuyar, and PWP MLA Shyamsunder Shinde did not vote for the Maha Vikas Aghadi despite assuring to do so.
« Back to LIVE