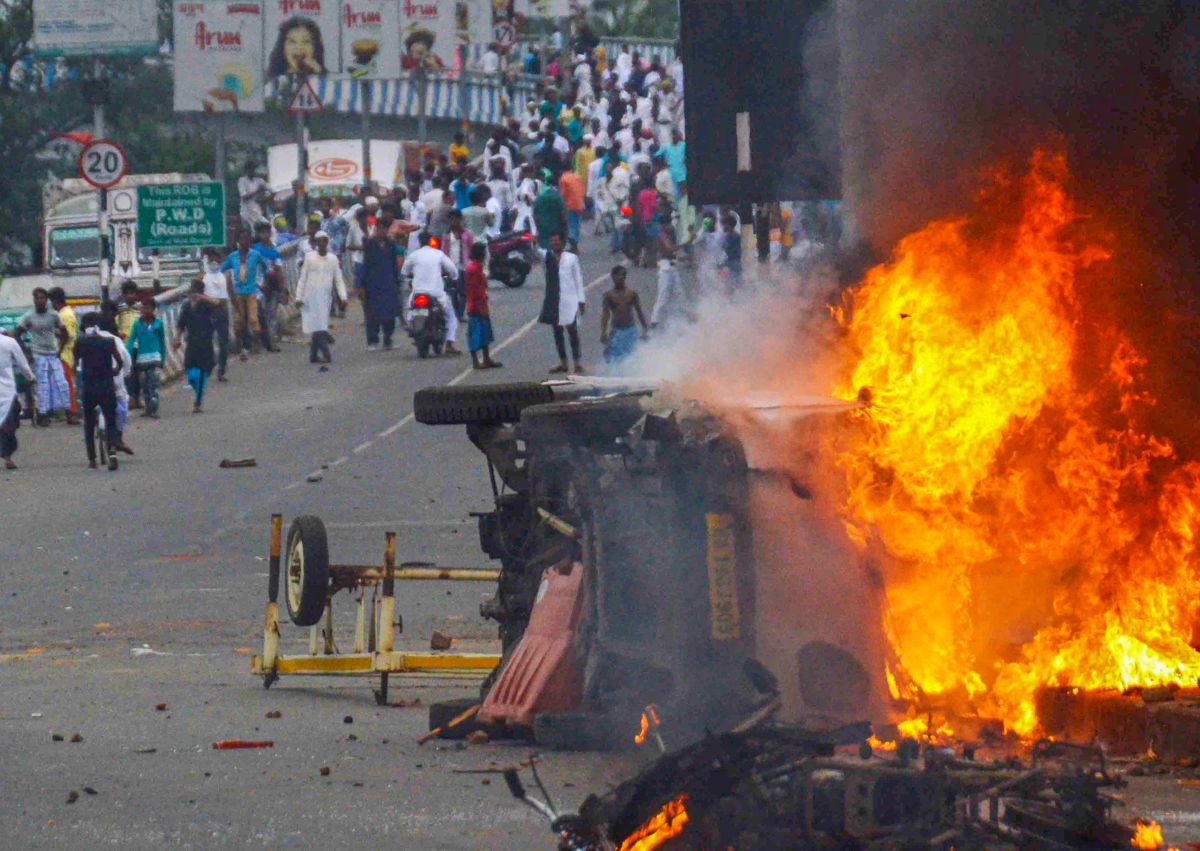 Internet services have been suspended till 6 am on June 13 in Howrah district in wake of protests on Friday and the current situation.
Earlier today, amid the series of outrageous protests against the controversial remarks against Prophet Muhammad, a huge crowd gathered at Howrah in West Bengal to protest against Bharatiya Janata Party (BJP) leader Nupur Sharma and expelled party leader Naveen Jindal.
Earlier in the day, a massive crowd also gathered to protest at Park Circus in Kolkata adding to the resentment against the sacked leaders.
While appealing for peace, West Bengal Governor Jagdeep Dhankhar sought an urgent personal update from the Chief Secretary of the state over the worsening law and order situation in the State since Thursday.
'Expect Chief Minister Mamata Banerjee to sternly warn law violators- they will not be spared,' Dhankar tweeted.   -- ANI
IMAGE: Flames and smoke rise from a vehicle on fire, that was allegedly set ablaze by miscreants during a protest in Howrah. Photograph: PTI Photo
« Back to LIVE