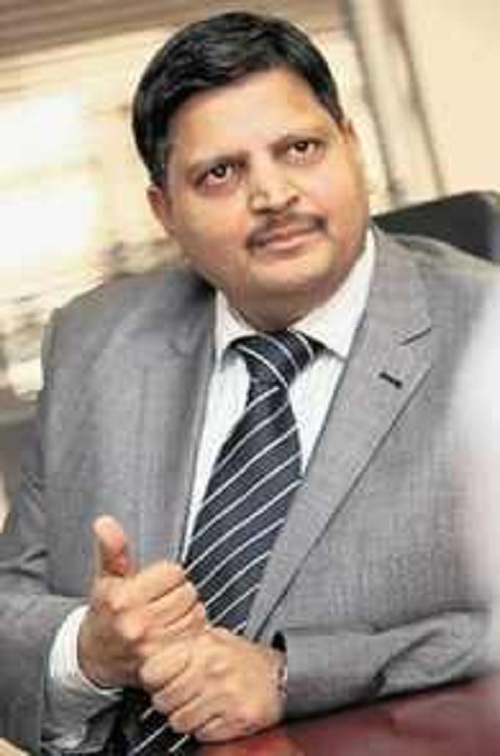 Atul Gupta of the Gupta family
The South African government on Monday said that law enforcement authorities in the UAE have arrested Rajesh Gupta and Atul Gupta of the Gupta family.
It remains unclear why the third brother -- Ajay -- was not arrested.
The Gupta brothers are accused in South Africa of using their relationship with former president Jacob Zuma to profit financially and influence senior appointments, charges that they have vehemently denied.
In 2018, the Gupta family went into self-exile in Dubai after looting billions of rands from parastatal institutions in South Africa, authorities said.
"The ministry of justice and correctional services confirms that it has received information from law enforcement authorities in the UAE that fugitives of justice, namely Rajesh and Atul Gupta have been arrested," the South African Department of Justice and Correctional Services said in a statement on Monday.
"Discussions between various law enforcement agencies in the UAE and South Africa on the way forward are ongoing. The South African government will continue to co-operate with the UAE," it added.
Interpol had issued Red Notices to the Gupta brothers, who had also been declared persona non gratia by the US and the UK.
Red Notices are issued for fugitives wanted for prosecution to alert law agencies globally to arrest such persons pending extradition.
The family fled South Africa in 2018 when the net closed in on them as huge public protests eventually led to the ANC removing Zuma and appointing Cyril Ramaphosa as the Acting President.
Earlier, South Africa had also appealed to the UN to get the Guptas back to South Africa when negotiations with the UAE did not yield results because there was no extradition treaty between the two countries.
The treaty was ratified in June 2021, when South Africa immediately began the process of requesting extradition of the Guptas.
The Guptas told the Commission of Inquiry into State Capture in 2018 that they were not prepared to return to South Africa to testify after a number of witnesses implicated them and Zuma in corrupt cases.
The brothers called the South African authorities 'recklessly incompetent' in their affidavit to the commission.
A number of witnesses testified the role of the Guptas in looting huge amounts and also influencing the appointment of Cabinet ministers during the nine-year tenure of Zuma as the South African president.
« Back to LIVE