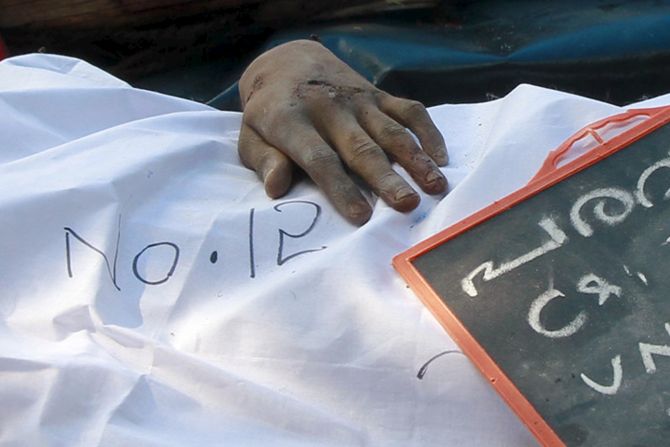 Representational image
A 22-year-old man returned home in Tripura on Tuesday after he went missing last month to find that his post-death rituals were underway.
The incident took place in West Tripura's Kalibazar area, a border village of the northeastern state, evoking disbelief and joy among his near and dear ones, and triggering anger over the role of the police.
Akash Sarkar, a resident of Kalibazar of Mohanpur subdivision, had gone missing last month.
On June 3, a body was found floating in a lake near Melarmath under West Agartala police station.
After the initial inquiry, it was found that the deceased was a resident of Kalibazar, who went missing last month.
Accordingly, the police contacted Akash Sarkar's family informing them about the recovery of his body.
"Akash's father, Pranab Sarkar, rushed to GBP hospital and he identified his son's body after seeing his bag, containing his trousers and tablets', Mohanpur sub-divisional police officer KB Majumder said.
The mortal remains were handed over to Pranab Sarkar after conducting an autopsy, and his funeral was performed by family members.
"Since it was a case of mistaken identity, we will investigate the matter and do the needful'', the police officer said.
The father, however, claimed that it was the police who had pressurised him to identify his son's body and take it for disposal. -- PTI
« Back to LIVE