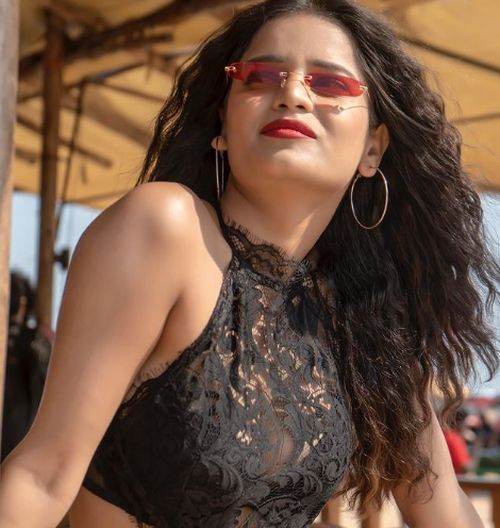 Congress nominee Archana Gautam
The Congress' decision of fielding actor-model Archana Gautam from Hastinapur constituency in the upcoming Uttar Pradesh assembly polls has kicked up a controversy, with the Bharatiya Janata Party accusing the grand old party of indulging in "cheap publicity".
The Congress, however, has maintained that it has given an opportunity to an artiste to enter political space.
"The Congress is not having candidates, and is ready to field any candidate to garner cheap publicity and headlines. There is no feeling of serving the public behind fielding such a candidate. It also shows that there is no seriousness in them (Congress), as they have fielded an apolitical' candidate. It also shows the lack of maturity on their part, UP BJP spokesperson Rakesh Tripathi said.
His remarks come after bikini pictures of the Congress candidate, who has been a beauty pageant winner, surfaced on social media.
Hitting back at the ruling BJP in the state, UP Congress spokeman Ashok Singh said, "Is there any harm in fielding an artiste as a candidate if she is interested to enter politics? As far as the BJP is concerned, it has a number of artistes, and one of them is a minister. If an artiste wants to come to politics and serve people, it is a good sign, and should be appreciated."
He added that the charges levelled by the BJP showcase their bad mindset.
Akhil Bharat Hindu Mahasabha and Sant Mahasabha chief Swami Chakrapani also hit out at the Congress candidate from Hastinapur (SC) assembly constituency in Meerut district, saying "nothing can be expected from a party which has gone mentally bankrupt".
"If any person is entering social life, then he/she should be one who respects our culture. But, the Congress differentiates between 'Hindu' and 'Hindutva'. Nothing should be expected from the leaders of a party which has gone mentally bankrupt. Tomorrow, they can field a criminal as a candidate, and can stoop down to any level to garner votes," he alleged.
« Back to LIVE

During an interactive session at the 'Ideas for India' conference in London on Friday, Gandhi not only mounted a scathing attack on the Bharatiya Janata Party government but also extended an olive branch to regional parties who he had...

Star India shuttler P V Sindhu made an exit from Thailand Open after going down in straight games to Olympic champion Chen Yu Fei in the semi-finals in Bangkok on Saturday.

IPL 2022: Sunrisers, Punjab aim to finish on a high

Their play-off hopes dashed, both Sunrisers Hyderabad and Punjab Kings will be keen to end IPL 2022 on a winning note when the two teams clash in a dead rubber in Mumbai on Sunday.

The busy Lal Chowk city centre on Saturday reverberated with slogans like 'We want justice' and 'Administration haye haye' (down with administration) as scores of Kashmiri Pandits took out a protest march against the killing of Rahul...