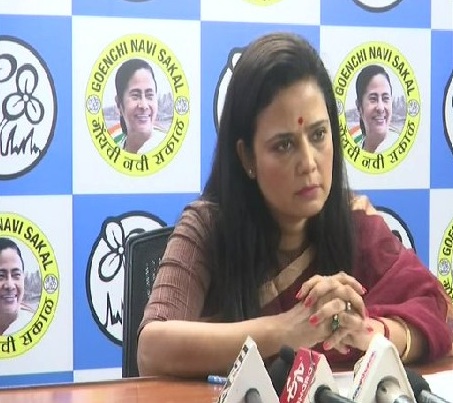 Trinamool Congress Goa in-charge Mahua Moitra on Friday hit out at Congress leader P Chidambaram saying that her party made a 'formal and definitive' offer to Congress in Goa to defeat the Bharatiya Janata Party.
Moitra, who was responding to Chidambaram's statements about the lack of clarity about TMC's proposal, said that if he is not aware of details he should speak to his party leadership rather than making such statements.
"All India Trinamool Congress already made formal and definitive offer to INC on Goa to defeat the BJP. The Indian National Congress leadership asked for time to revert. This was almost two weeks ago. If Chidambaram not aware of details he should talk to his leadership rather than making these statements," TMC MP.  -- ANI
« Back to LIVE

Syed Abdul Mueed is the third son of the Hizb chief to have been sacked from the government job.

Glenn Phillips scored a half century off 33 balls as New Zealand thrashed the West Indies by 90 runs in the second Twenty20 International to take a 2-0 lead in the three-match series.

'Would've ended up dead if...': Shinde on his rebellion

Referring to the episode, Shinde said he was not worried for himself, but was aware that he had the responsibility of 50 MLAs.

Earlier on Saturday, six bodies were recovered and two more were retrieved a short time later, the police said.