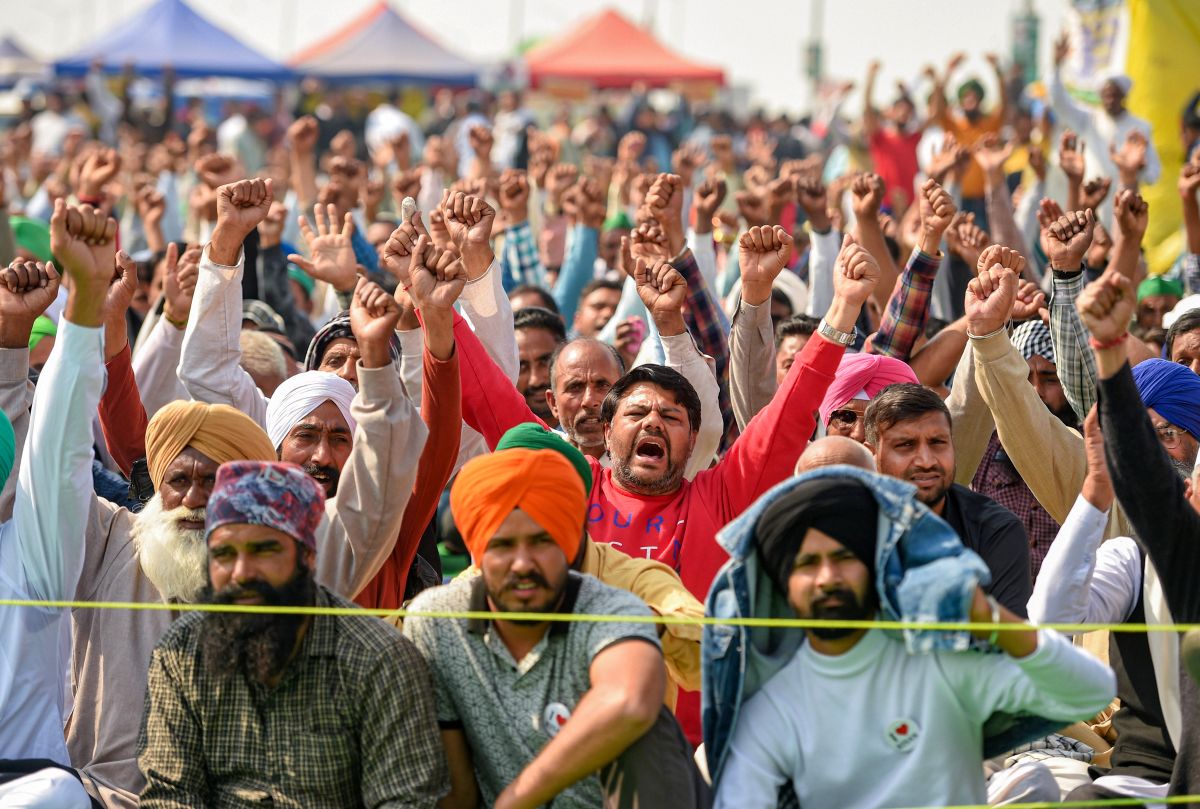 The farmer unions contesting the Punjab assembly polls will no longer be part of the Samyukt Kisan Morcha, the umbrella body that spearheaded the agitation against the now-repealed agri laws said on Saturday.
SKM leaders in a press conference after their meeting at Kondli on the Singhu border also said that BKU leader Rakesh Tikait will visit Lakhimpur Kheri in Uttar Pradesh for three days in January to press for sacking of Union Minister Ajay Mishra whose son is accused of mowing down protesting farmers last year.
"Tikait will meet victims, jailed farmers and officials. If there is no progress, a siege may be laid in Lakhimpur by farmer organisations," said Yudhvir Singh.
Singh also said that the SKM does not agree with farmer organisations participating in the election in Punjab and they will not be part of it.
"Those organisations taking part in polls are not part of SKM. We will decide about our relation with them in a meeting of SKM four months later," he said.
SKM leader Joginder Singh Ugrhan said, "SKM has nothing to do with them."
Two prominent leaders of the SKM Gurnam Singh Chadhuni and Balbir Singh Rajewal, who were part of the year-long anti-farm law protests at Delhi borders last year, have joined the fray in Punjab.
Chaduni has formed his own political party. The Punjab unit of the Samyukta Kisan Morcha (SKM) has formed Samyukt Samaj Morcha to contest the Punjab assembly elections.
The Samyukt Samaj Morcha comprising several farmer organisation has announced contesting the election under the leadership of Balbir Singh Rajewal. -- PTI
« Back to LIVE