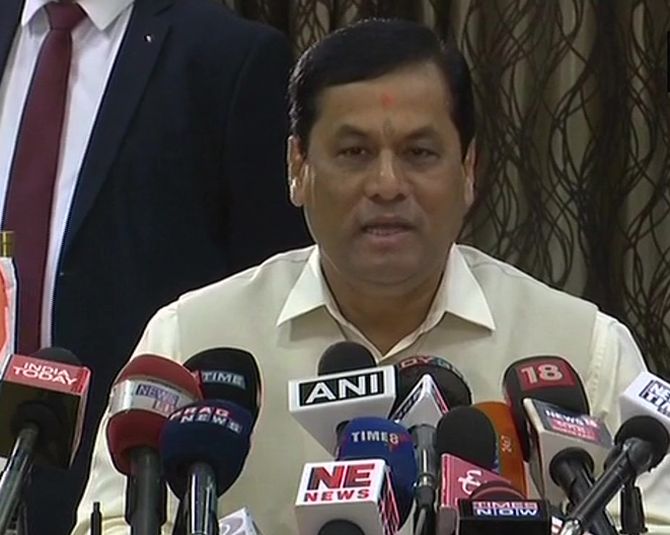 Union Minister Sarbananda Sonowal was on Monday elected unopposed to the Rajya Sabha from Assam.
Sonowal, the lone candidate in the fray for the seat, was declared elected to the Upper House of Parliament by the Returning Officer on the last day of withdrawal of nomination.
With this, the ruling BJP's strength in the Upper House from Assam increased to three, while its ally Asom Gana Parishad (AGP) has one member in the Rajya Sabha.
Assam has total seven seats in the Rajya Sabha, with two of the remaining seats held by the Congress and one by an Independent MP.
« Back to LIVE