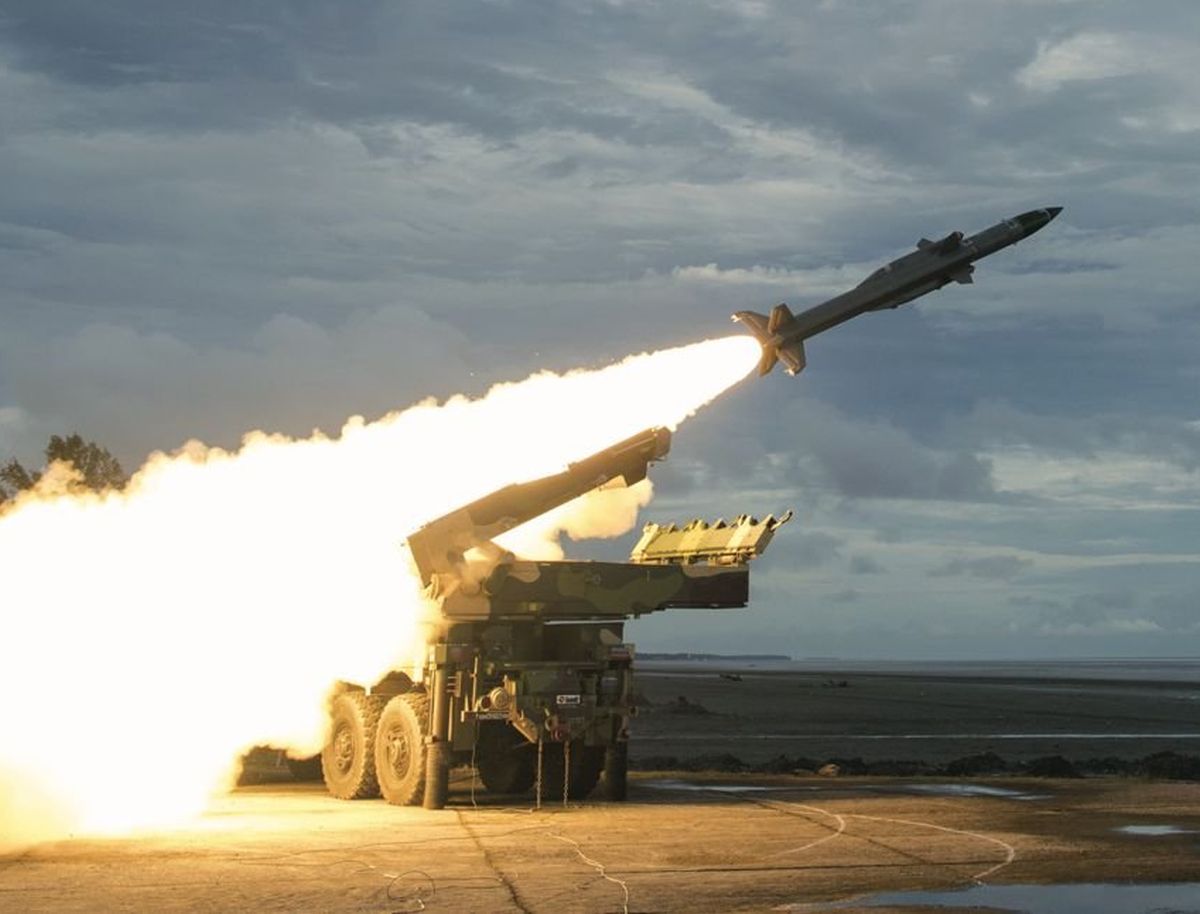 A new version of the Akash missile was successfully flight-tested on Monday from the integrated test range at Chandipur in Odisha, officials said.
The missile -- 'Akash Prime' -- intercepted and destroyed an unmanned aerial target mimicking an enemy aircraft in its maiden flight test, they said.
The flight testing took place at around 4.30 pm, the officials said.
'In comparison to the existing Akash system, Akash Prime is equipped with anindigenous active RF seeker for improved accuracy. Other improvements also ensure more reliable performance under a low-temperature environment at higher altitudes,' said an official.
The modified ground system of the existing Akash weapon system was for the flight test.
Defence Minister Rajnath Singh has congratulated the Defence Research and Development Organisation (DRDO), Indian Army, Indian Air Force and other stakeholders on the successful trial of the Akash prime missile.
He said the successful flight test proves the competence of the DRDO in designing and developing world-class missile systems.
DRDO Chairman G Satheesh Reddy also congratulated the team involved in the successful flight trial of the missile.
He said Akash Prime system will further boost the confidence of the Indian Army and Indian Air Force as the Akash system is already inducted and now getting improved with more lethal missiles.   -- PTI
« Back to LIVE