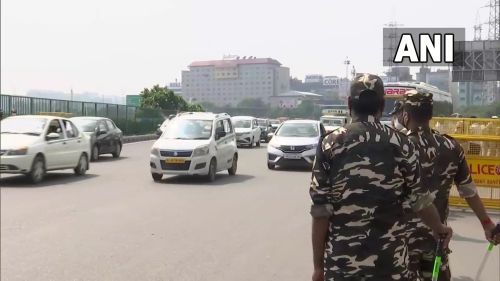 The traffic movement at the Gurugram-Delhi border became normal after the Delhi Police loosened the barricades near the Rajokri border.

Earlier today, the Gurugram-Delhi border witnessed a massive traffic snarl as vehicles entering the national capital are being checked by Delhi Police and paramilitary jawans, in wake of Bharat Bandh.
« Back to LIVE