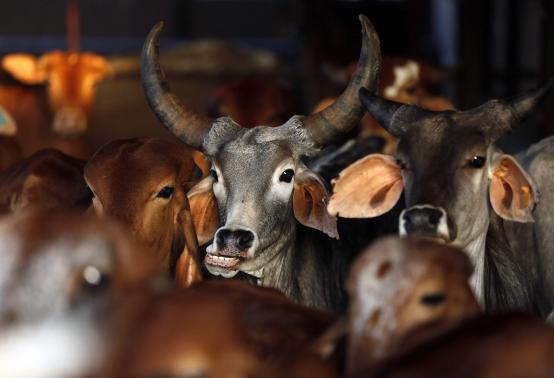 Police have seized 8,000 kg of beef and arrested two persons for allegedly smuggling the banned animal meat in Maharashtra's Thane city, police said on Monday.  Based on a tip-off, the police on Saturday intercepted a tempo at Kharegaon toll naka on the Nashik-Mumbai highway, an official from Kalwa police station said.  The police found beef in the vehicle and during enquiry, they learnt that the meat was being transported from Malegaon in neighbouring Nashik district to Kurla in adjoining Mumbai, he said.  The meat was worth about Rs 8 lakh, he said, adding that the tempo was also seized.  Two persons, identified as Rais Ahmed Salam Qureshi and Abdul Ahmed Naseem Khan, were arrested and booked under relevant provisions, he said.
Cow slaughter and beef transport are banned in the state.  Over the last three-four days, the police have seized 14 tonnes of beef in the city and arrested five people in this connection.
« Back to LIVE