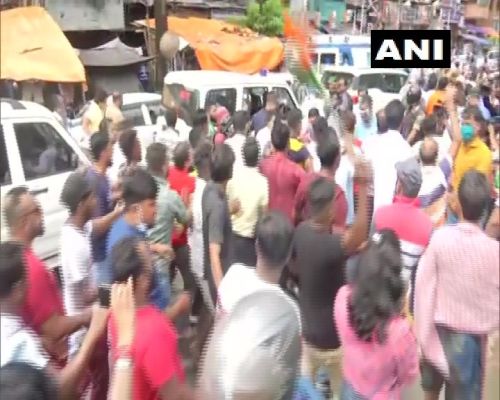 Several BJP workers are believed to have been injured in an alleged clash at a bypoll campaign in Bhabanipur, Kolkata.
"The TMC govt including CM Mamata Banerjee are intolerant and are not allowing us to campaign. TMC hooligans tortured our workers, beat them. Decide before you vote on September 30," says Agnimitra Paul, BJP.
WB LoP Suvendu Adhikari says, "The situation is very critical and the Election Commission is not doing anything. A team of our party met them in Delhi and in Kolkata too. But the EC hasn't taken any action till now."
The Election Commission has sought a report from the state government over the Bhabanipur ruckus today. The EC has asked to submit the report by 4 pm.
« Back to LIVE