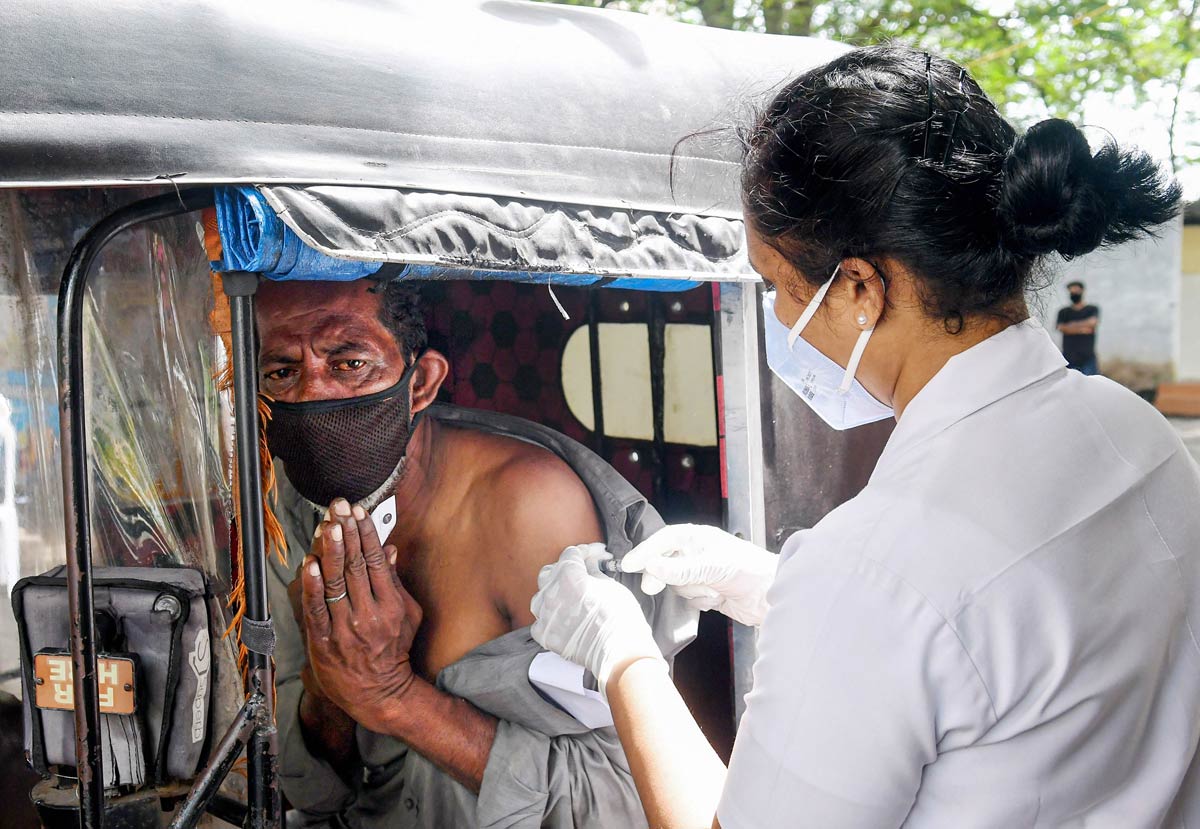 At least 73 per cent of Odisha's population and over 93 per cent of health workers have developed antibodies against SARS-CoV2, according to a recent sero-survey conducted by Indian Council of Medical Research (ICMR).
The survey was conducted in 12 of the state's 30 districts between August 29 and September 15 by experts of ICMR's Regional Medical Research (ICMR), Bhubaneswar with help of the Health and Family Welfare Department of Odisha government.
Sanghamitra Pati, Director of RMRC, Bhubaneswar said, of 5,796 samples collected from the community, it was found that 4,247 have antibodies. Similarly, 1,232 health workers out of 1,312 samples collected, have developed the antibodies, she said.
"We found 73.5 per cent seroprevalence among the community and 93.9 per cent among the healthcare workers," Pati said, adding that of the 12 surveyed districts, Khurda district has highest seroprevalence of 80 per cent followed by Jajpur, Mayurbhanj and Jharsuguda (around 68 per cent).
In terms of age groups, the RMRC director said: "Seventy per cent of people in the 6-10 year age group, 74 per cent of 11-18 age group, 75 per cent of 19-44 age group, 72 per cent 45-60 age group and 66 per cent above 60 years of age have the antibodies".
Among the seropositive adults, around 66.5 per cent had received at least the first dose of vaccine, she said, adding that study also found that 25.6 per cent are fully immunized, 41.4 per cent are partially vaccinated and 33 per cent are unimmunized.
« Back to LIVE