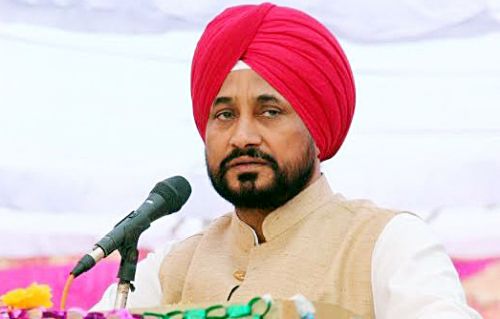 Congress leader Rahul Gandhi is likely to attend the oath-taking ceremony of Charanjit Singh Channi as chief minister of Punjab on Monday, party sources said.
Channi, who is set to take oath at 11 am, paid obeisance at a gurdwara in Chamkaur Sahib in Rupnagar district on Monday morning. He will be the first Dalit to hold the post in the state.
The Congress on Sunday picked Channi as the next chief minister of Punjab. After having picked Channi as the next chief minister of Punjab, the Congress is likely to pick two senior leaders from the state as Deputy CMs.
A tweet from senior Congress leader Pawan Kumar Bansal, who is AICC treasurer, revealed the names of two senior leaders and outgoing ministers in the previous Amarinder Singh's cabinet -- Brahm Mohindra and Sukhjinder Singh Randhawa -- as the party's choice for the Deputy chief minister's posts.
While Mohindra is the Hindu face of the party, Randhawa is the Jat face. Mohindra was considered a close confidant of former Chief Minister Amarinder Singh. Heartiest congratulations to @Charanjit channi for elevation as#PunjabCM and@Brahm Mohindra & @Sukhjinder INC as Dy CMs. Best wishes for their grand success in the services of Punjab under the leadership of Smt. Sonia Gandhi and Sh @ Rahul Gandhi, Bansal, a former MP from Chandigarh, tweeted.
Channi on Sunday had met Governor Banwarilal Purohit to stake claim to the top job in the poll-bound state soon after being elected as the leader of the Congress Legislature Party. Amarinder Singh was nudged into quitting ostensibly over his failure to fulfil the promises made by the party in the 2017 assembly polls.PTI
« Back to LIVE