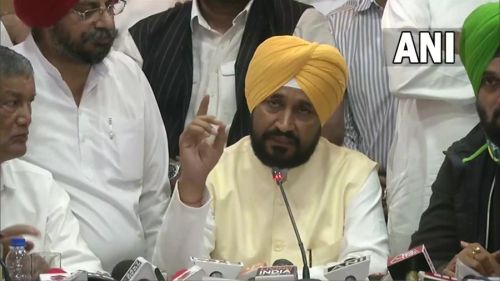 Punjab CM Charanjit Singh Channi gets emotional while addressing his first press conference in Chandigarh and makes an important announcement.
Saying, that the Congress has made a common man the chief minister (I am the Aam Aadmi sitting here while other parties only talk), he took a dig at Arvind Kejriwal's AAP, which has been making unsuccessful forays for power in Punjab.
He announced that the Punjab government stands with the farmers. "We appeal to the Centre to withdraw the three farm laws. We will waive water and electricity bills of farmers," the CM said.
On a conciliatory note to Capt Amarinder Singh, Chhani said, "Captain Amarinder Singh did a lot of good work for the people of Punjab. We will take forward his work."
« Back to LIVE