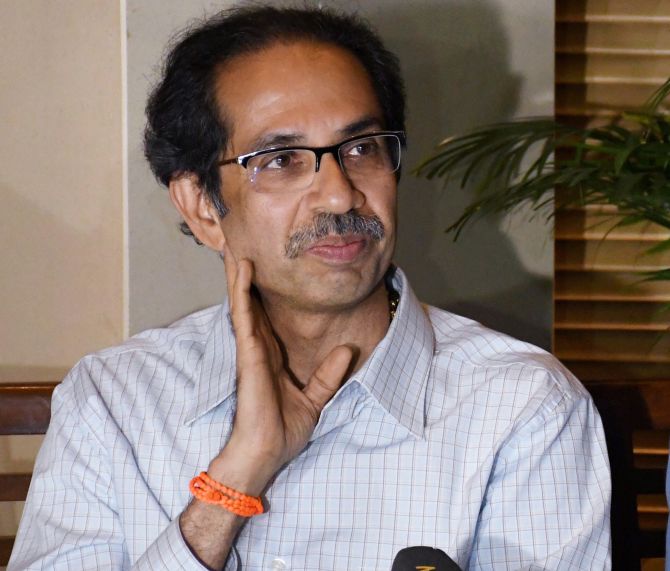 Top office-bearers of the NITI Aayog held a meeting with Maharashtra Chief Minister Uddhav Thackeray here, during which a host of issues, including the proposed construction of a car shed for Metro-3 at Kanjurmarg in Mumbai, were discussed.
The meeting took place at 'Sahyadri' guest house in south Mumbai on Tuesday. NITI Aayog vice-chairman Dr Rajiv Kumar, CEO Amitabh Kant and its member Ramesh Chand held talks with Thackeray, an official statement issued by the Chief Minister's Office (CMO) said.
As many as 41 issues were discussed during the meeting, including the construction of metro car shed at Kanjurmarg, the transfer of land from the railways for Dharavi redevelopment plan, GST rebate and development of lands related to defence establishments in the state, it said.
The NITI Aayog officials assured the chief minister of a positive approach over the Kanjurmarg car shed issue, it added.
In October last year, Uddhav Thackeray had announced the scrapping of the Aarey Metro car shed and said the project would be shifted to a government land in Kanjurmarg.
The Centre and the Shiv Sena-led Maha Vikas Aghadi (MVA) government were locked in a tussle over ownership of the land earmarked by the state for constructing the car depot at Kanjurmarg.
« Back to LIVE