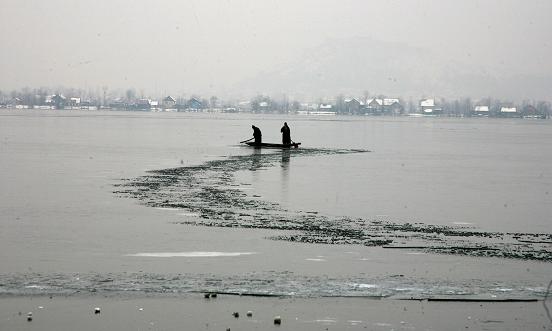 The Indian Air Force will hold an air show over the famous Dal Lake on September 26 in an effort to motivate the youth of Kashmir to join the force and also to promote tourism in the region, officials said.
More than 3,000 schoolchildren and college students will attend the show, they said.
"The main aim of the air show is to motivate the youth of the Valley to join the Indian Air Force and to promote tourism in the region," Divisional Commissioner, Kashmir, Pandurang K Pole said.
On Tuesday, Pole chaired a meeting of principals of various educational institutions regarding students' participation in the air show that is being conducted by the IAF as part of the 'Azadi Ka Amrut Mahotsav' celebrations.
The theme of the show is 'Give Wings to Your Dreams'. More than 3,000 college and school students are expected to participate in the programme to witness the impressive manoeuvres of the IAF aircraft that will motivate them to dream about a career in the IAF and in the aviation sector, an official spokesperson said.
« Back to LIVE