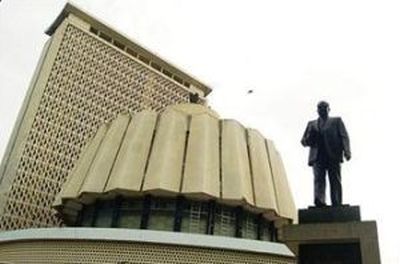 The winter session of the Maharashtra legislature is likely to be held in Mumbai from December 22, a senior minister said after a cabinet meeting on Thursday.
Earlier, the session was scheduled to start from December 7 in Nagpur, but it would be postponed in view of elections, he said.
The cabinet discussed holding the winter session from December 22 for two weeks, the minister said.
"The final decision will be taken in the Business Advisory Committee (BAC) on November 29. The announcement of holding the session in Mumbai instead of Nagpur will also be made after the BAC," he added.
The government decided to postpone the session in view of the Legislative Council's biennial elections and other local bodies polls, he said.
The winter session is traditionally held in Nagpur, the second capital of the state.
« Back to LIVE

The death toll climbed to 4,74,111 after 159 fresh fatalities were reported, the data updated by the Union Health Ministry at 8 am showed.

Defence Minister Rajnath Singh on Thursday informed the Lok Sabha that IAF Group Captain Varun Singh, the lone survivor in the military chopper crash in Tamil Nadu, is on life support in the Military Hospital at Wellington, Tamil Nadu.