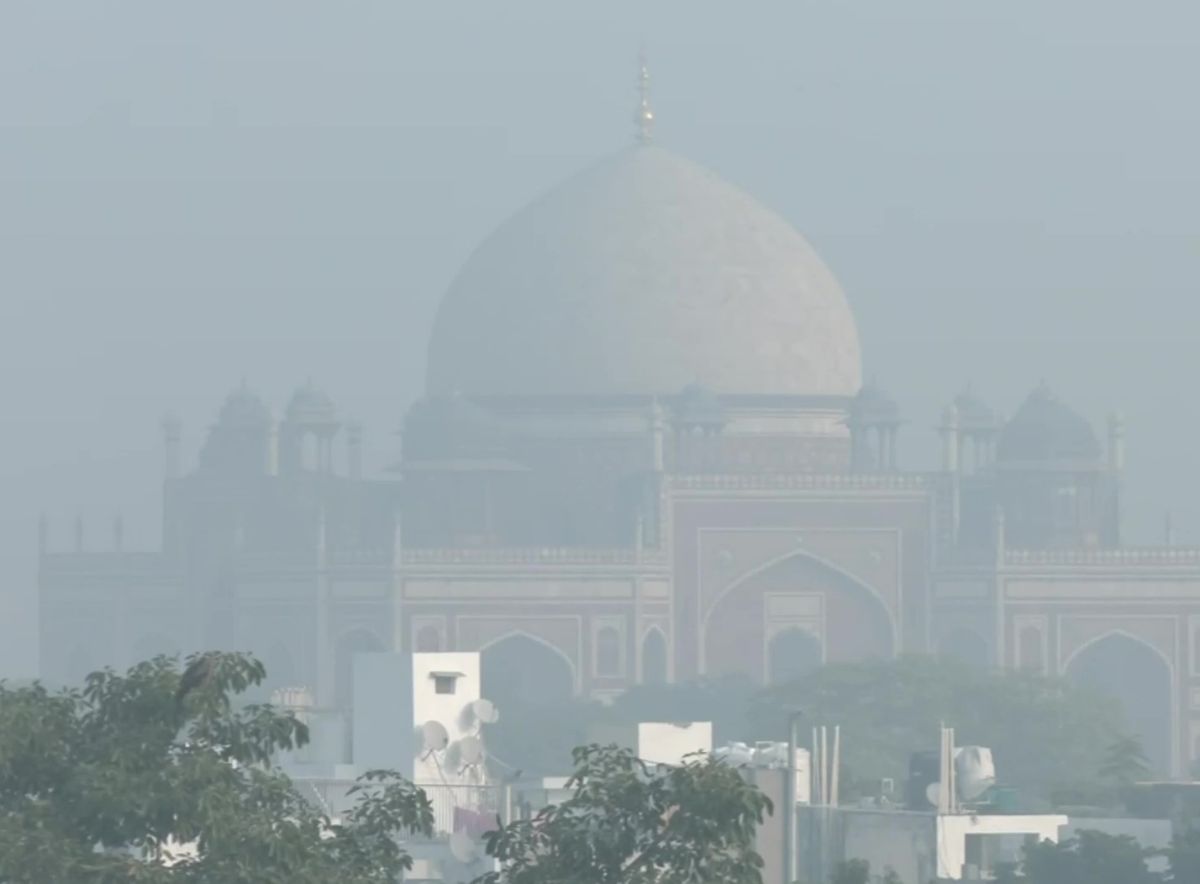 The air quality in Delhi plunged to 'very poor' category on Thursday, according to per the System of Air Quality and Weather Forecasting and Research (SAFAR).
The overall Air Quality Index (AQI) has dipped again from 280 on Sunday to 330 today.
As per the SAFAR, the PM 10 levels was recorded at 327 in 'poor' category and PM 2.5 levels remained at 171 in 'very poor' category.
'The AQI today indicates 'very poor' category. Local surface winds are relatively low for the next 3 days that reduces the dispersion of pollutants leading to the deterioration of air quality but air quality is likely to be in the higher end of the 'very poor' category for the next two days,' SAFAR said in a bulletin.
It further said that on November 27 local surface winds are likely to increase resulting in improvement of air quality but expected to be within the 'very poor' category.
'With the onset winter conditions local weather is likely to be dominating in determining air quality,' it added.
Gurugram and Noida recorded AQI of 276 and 123 respectively in 'poor' and 'severe' categories.
Sujeet Kumar, a Delhi resident said, "Every day I go out for a morning walk and when I step out of my house my eyes start to burn and I face breathing issues.
"The reason for the pollution in Delhi is the increasing number of vehicles and stubble burning. Government should come up with a long term plan because this is a regular problem here. Children are getting more affected."
Another resident said that he is also facing breathing issues and because of which we don't allow our children to step out of the house.
"Government is taking its initiative to curb the air pollution in Delhi but we should also take some initiative to tackle this. The main reason for the increasing pollution in the national capital is the increasing vehicle movement," said Nivesh, who came for cycling and running.
An AQI between zero and 50 is considered 'good', 51 and 100 'satisfactory', 101 and 200 'moderate', 201 and 300 'poor', 301 and 400 'very poor', and 401 and 500 'severe'.
Meanwhile, on Wednesday, Delhi Environment Minister Gopal Rai announced that schools, colleges and educational institutions in the national capital will re-open from November 29 as the air quality in the national capital is improving.   -- ANI
« Back to LIVE