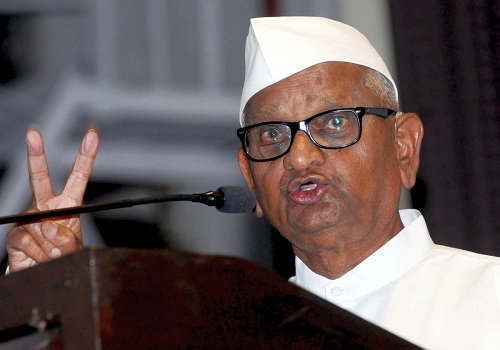 Social activist Anna Hazare was hospitalised in Pune on Thursday after he complained of chest pain.
Hazare is undergoing treatment in Ruby Hall Clinic and is currently under observation, said sources.
Dr Avdhut Bodamwad, medical superintendent of Ruby Hall Clinic, said Hazare's condition is stable.
The 84-year-old activist, who was the face of the 2011 anti-corruption movement, stays at Ralegan Siddhi village in Maharashtra's Ahmednagar district, about 87 km from Pune. -- ANI
« Back to LIVE