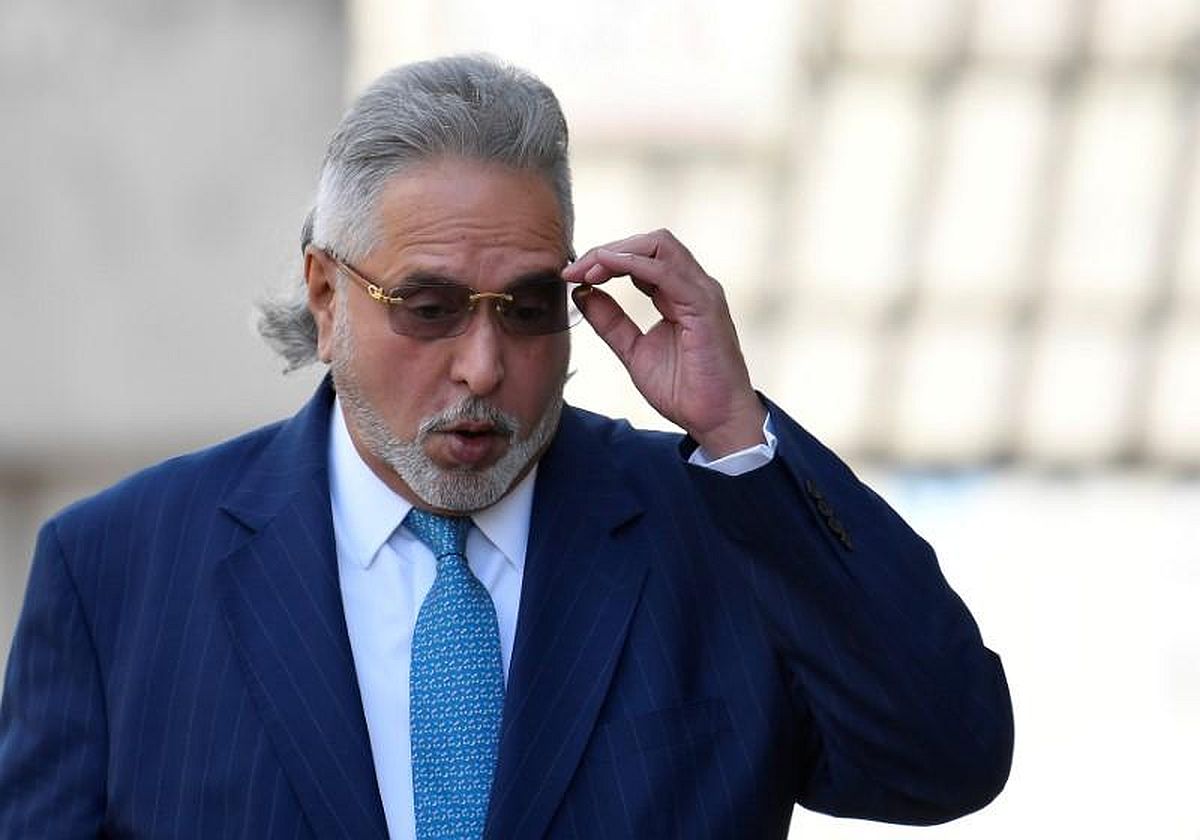 A consortium of Indian banks led by the State Bank of India on Tuesday moved a step closer in their attempt to recover debt from loans paid out to Vijay Mallya's now-defunct Kingfisher Airlines after the high court in London upheld an application to amend their bankruptcy petition, in favour of waiving their security over the businessman's assets in India.
Chief Insolvencies and Companies Court (ICC) Judge Michael Briggs handed down his judgment in favour of the banks to declare there is no public policy that prevents a waiver of security rights, as argued by Mallya's lawyers.
At a virtual hearing, July 26 was set as the date for final arguments for and against granting a bankruptcy order against Mallya after the banks accused him of trying to "kick matters into the long grass" and called on the "bankruptcy petition to be brought to its inevitable end".
"I order that permission be given to amend the petition to read as follows: 'The Petitioners (banks) having the right to enforce any security held are willing, in the event of a bankruptcy order being made, to give up any such security for the benefit of all the bankrupt's creditors'," Justice Briggs' judgment reads.
"There is nothing in the statutory provisions that prevent the Petitioners from giving up security," he notes.
Mallya's barrister, Philip Marshall, had referenced witness statements of retired Indian judges in previous hearings to reiterate that there is "public interest under Indian law" by virtue of the banks being nationalised.
However, Justice Briggs found no impediment to the creditors relinquishing their security under Indian law because of the engagement of a "principle concerning public interest" and favoured the submissions made by retired Indian Supreme Court judge Gopala Gowda at a hearing in December 2020 in this regard.
"In my judgment the simple stance taken by Justice Gowda that Section 47 PIA 1920 is evidence of the ability of a secured creditor to relinquish the creditor's security is to be preferred," the ruling notes. -- PTI
« Back to LIVE