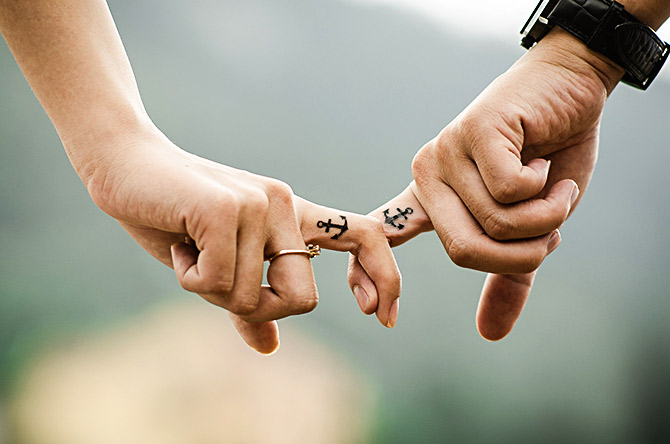 The Punjab and Haryana high court has said a live-in-relationship is morally and socially unacceptable while dismissing a petition filed by a runaway couple seeking protection.
Petitioners Gulza Kumari, 19, and Gurwinder Singh, 22, in the petition had stated that they were residing together and intended to get married shortly.
They had apprehended danger to their lives from Kumari's parents.
"As a matter of fact, the petitioners in the garb of filing the present petition are seeking seal of approval on their live-in-relationship, which is morally and socially not acceptable and no protection order in the petition can be passed. The petition stands dismissed accordingly," Justice H S Madaan said in his May 11 order.
According to petitioner's counsel J S Thakur, Singh and Kumari were living together in Tarn Taran district.
He said Kumari's parents, who are in Ludhiana, did not approve of their relationship.
The couple could not get married as Kumari's documents, which have details of her age, were in possession of her family, Thakur added.  -- PTI
« Back to LIVE