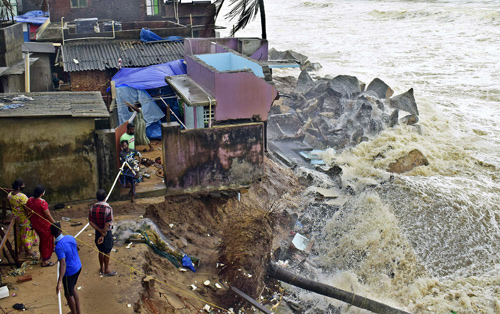 The Department of Telecom (DoT) has allowed intra-circle roaming arrangement in cyclone Tauktae-hit districts of Gujarat, Maharashtra, Goa and union territory of Dadra and Nagar Haveli and Daman and Diu for 24 hours, a senior government official said Tuesday.
The department has allowed intra-circle roaming (ICR), which allows telecom operators to use each others network, in Gujarat's Amreli, Bhavnagar, Botad, Gir, Somnath, Junagadh, Valsad and Navsari in Gujarat, and also in districts of Daman and Diu, Dadar and Nagar Haveli, telecom secretary Anshu Prakash told PTI.
"We have allowed ICR in districts where more than 10 per cent telecom networks have been damaged from the cyclone," Prakash said. He said that ICR has been allowed in Raigad, Sindhudurg and Ratnagiri districts of Maharashtra as well as in north and south Goa.
« Back to LIVE