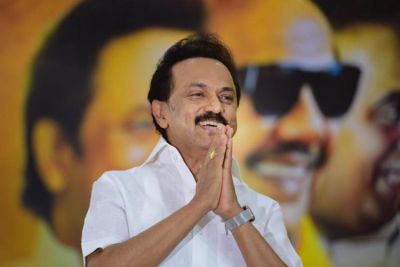 DMK president M K Stalin was on Tuesday unanimously elected as legislature party leader and he is to be sworn-in as chief minister on May 7.
"Party president @mkstalin was elected leader of the DMK legislature party," DMK said on its official Twitter handle.
The party said a resolution was adopted unanimously electing Stalin as the legislature party leader.
The meet to elect him was held at headquarters 'Anna Arivalayam' and it witnessed participation of 133 DMK MLAs, which includes eight from alliance parties like the MDMK.
The government meanwhile said in a release that the swearing-in ceremony would be held on May 7.
Stalin had already said that the ceremony shall be held in a simple manner in the Raj Bhavan premises in Chennai.
The DMK top leader is expected to call on Governor Banwarilal Purohit and stake a claim to form the government.
« Back to LIVE