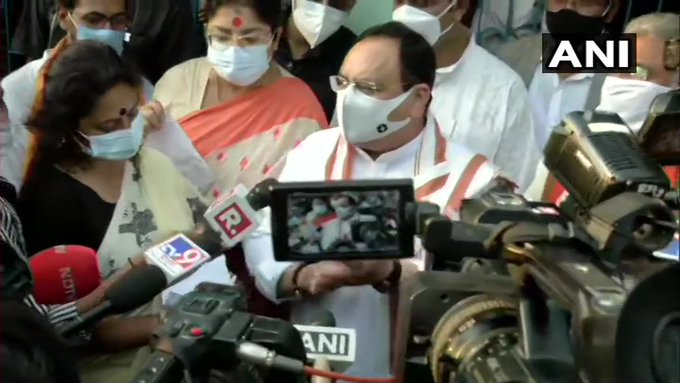 BJP chief JP Nadda in South 24 Parganas, WB: "After the results, TMC goons went to the house of Haran Adhikari (BJP worker), vandalised it, threatened women and children, attacked them, and broke his wife's teeth. They then dragged Adhikari out of his house and beat him up. He died.
"Mamata ji, what your party did after winning, speaks about your belief in democracy. TMC workers and leaders are saying that all these incidents on social media are fake. You've seen how Haran Adhikari's wife and son were crying. I request media to tell truth to the nation."
State BJP chief Dilip Ghosh, national general secretary Bhupender Yadav and state general secretary Locket Chatterjee were also present.
« Back to LIVE