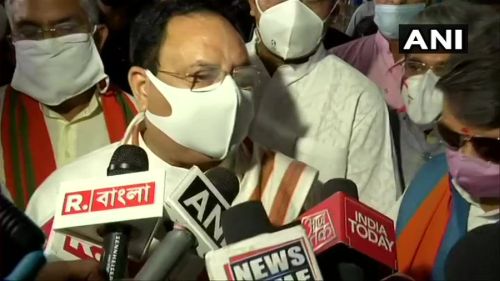 BJP national president JP Nadda, in Kolkata: "Incidents which we saw after the results of the West Bengal poll shock us and make us worried. I had heard of such incidents during India's partition. We had never seen such intolerance after the results of a poll, in independent India.
"We're committed to fight this ideological battle and the activities of TMC which is full of intolerance. We are ready to fight democratically. I will go to South 24 Parganas now and visit the houses of those workers later whose lives ended a few hours after the results."
West Bengal Governor Jagdeep Dhankhar on Tuesday said that Prime Minister Narendra Modi called him and expressed his "serious anguish and concern" at the alarmingly worrisome law and order situation in the state following the culmination of the assembly elections.
"PM called and expressed his serious anguish and concern at alarmingly worrisome law & order situation @MamataOfficial I share grave concerns @PMOIndia given that violence vandalism, arson loot and killings continue unabated. Concerned must act in overdrive to restore order," tweeted Dhankhar.
« Back to LIVE