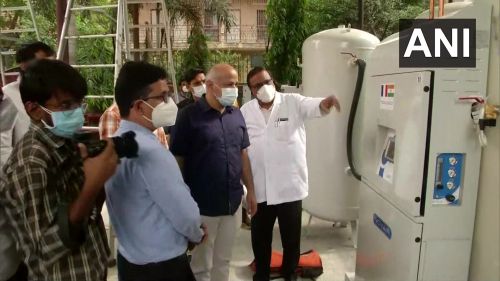 Delhi Deputy CM Manish Sisodia visits Sanjay Gandhi Memorial Hospital where an oxygen plant is being installed.
He says," We are thankful to France that they have sent us an oxygen plant which is being installed here. This will be functional by tomorrow."
Delhi HC tells Centre that we need compliance of Supreme Court's order relating to oxygen supply to Delhi.  "Contempt may be the last thing but it is there. Enough is enough. There is no way that you won't supply 700 MT right away. We won't hear anything except compliance" says HC.
The Delhi government has said that it has been getting only 40 per cent of its oxygen requirement.
« Back to LIVE