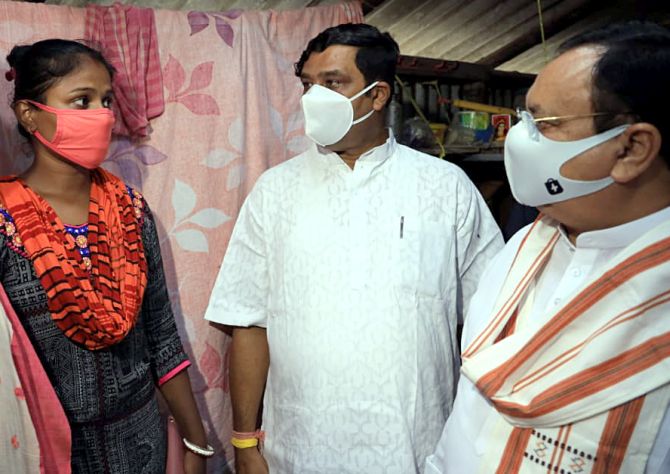 The National Commission for Protection of Child Rights (NCPCR) has written to the chief secretary of West Bengal raising concerns over post-poll violence in the state affecting children and sought an inquiry into the matter after it received a complaint regarding the same.
West Bengal was in the throes of widespread violence on Monday that allegedly left several BJP workers dead and injured in clashes, and shops being looted, prompting the Centre to seek a factual report from the state government on the incidents of attack on opposition workers.
The commission said that it had come across several media reports regarding the death of some people in the post-poll violence in West Bengal on May 3.
Since the conclusion of election polls in the state of West Bengal on May 2, there are many incidents of violence being reported across the state which has made the people vulnerable and at imminent risk of danger and harm, especially children, Chairperson, NCPCR, Priyank Kanungo said in the letter.
In relation to these incidents of violence, the Commission has received a complaint concerning the safety and security of children in the state in these present incidents of violence.
The complainant has stated that during this widespread attack against the people in the state, the children are being targeted and are being subjected to torture, inhuman and degrading treatment, Kanungo said.
It also said that the complainant has claimed that many children have been recruited to participate in the incidents of violence.
The commission has attached a copy of the complaint with the letter.   -- PTI
IMAGE: BJP president J P Nadda meets family of party worker Abhijeet Sarkar who was killed in post-poll violence, in Kolkata on Tuesday. Photograph: ANI Photo
« Back to LIVE