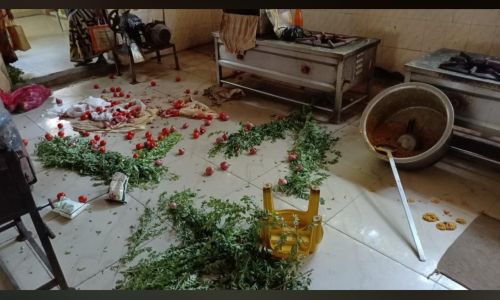 An Amma Canteen, the AIADMK's celebrated subsidised canteens for the poor, has been vandalised. "Today we got a message, Amma canteen was vandalized in Chennai. We got to know that 2 people were involved in this. These two are just ordinary DMK cadres, they don't hold a post in DMK. We ourselves gave a complaint about these two and they were arrested," Ma Subramanian, DMK MLA.
The concept of the Amma canteen named after the late J Jayalalithaa is to provide cheap, nutritious, local food to the poor. The scheme has been copied by Maharashtra as well with the establishment of the Shiv Bhojan where a full meal costs Rs 10.
« Back to LIVE