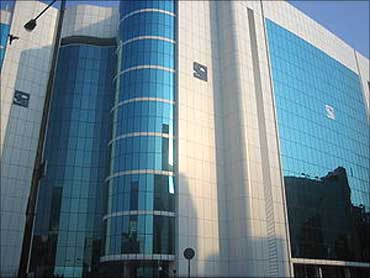 The CBI on Monday carried out searches at the Securities and Exchange Board of India office in Mumbai after the alleged role of three of its senior officers in granting permission to Saradha ponzi scheme surfaced, officials said.
The Central Bureau of Investigation (CBI) team carried out searches at the offices and residences of three SEBI officers -- chief general managers Jayanta Jash and Jeevan Sonparote, and Deputy General Manager Prasenjit Dey -- in connection with the case, they said.
Jash and Dey were posted in Kolkata when the Saradha ponzi scheme was being run in West Bengal and neighbouring states, while Sonparote was posted in Mumbai, they said.
There are multiple FIRs against Saradha Group in West Bengal, in which it has been alleged that thousands of investors were allegedly duped by the company officials and their associates who swindled their deposits.
The Supreme Court had handed over the Saradha chit fund scam probe to CBI in 2014 and asked the state governments concerned to provide all logistical help to the probe agency. It emerged, during the probe, that the schemes floated by Saradha group subsidiary were found to be illegal collective investment scheme (CIS) activities and the regulator had passed an order against the company and its promoters.
This order was passed three years after the Securities and Exchange Board of India (SEBI) received a complaint from West Bengal's director, Economic Offences Investigation Cell (EOIC) that Saradha Realty India Limited is collecting money from the public, particularly in rural areas of the state.
« Back to LIVE