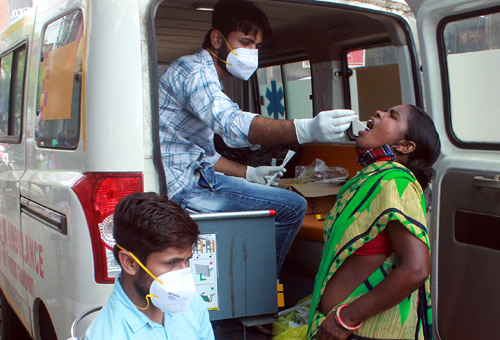 The slum colony of Dharavi in Mumbai did not report a single COVID-19 case in the past 24 hours, a clean slate feat in one of the world's densest urban settlements achieved for the first time since February 2, a civic official said on Monday.
Dharavi's infection tally stands unchanged at 6,861, while the active caseload is 13, comprising seven in hospitals and six in home isolation, he added.
The recovery count of the area, which reported its first case on April 1 last year, and a single-day high of 99 on April 8 this year during the second wave, is 6,489. Spread over 2.5 sq km and housing a mix of shanties and micro industrial units, Dharavi is home to almost 6.5 lakh people. PTI
« Back to LIVE