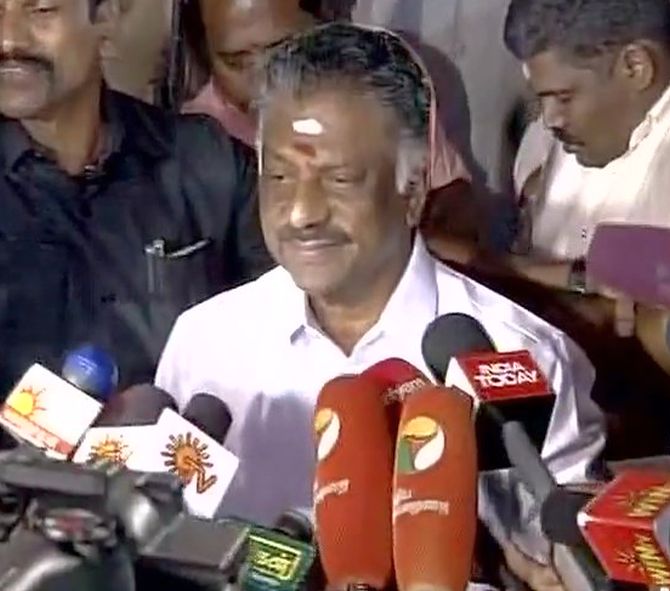 All India Anna Dravida Munnetra Kazhagam (AIADMK) Coordinator O Panneerselvam has been elected as Deputy Leader of the legislature party of the AIADMK in the Tamil Nadu Assembly.
Also, former Minister SP Velumani has been elected as the party's whip in the Tamil Nadu Assembly.
This development comes over one month after AIADMK's defeat to Dravida Munnetra Kazhagam (DMK) in the Assembly polls.
The decisions to this effect were taken at the AIADMK legislature party meeting held at party headquarters in Chennai Royapet.
Panneerselvam, Deputy Coordinator Edapadi Palani Sami and party MLAs participated in the meeting.
The party also expelled sixteen of its party functionaries who interacted with V K Sasikala.
This comes after the Legislature Party meeting had passed a resolution calling for actions against those who spoke to Sasikala, close-aide of late chief minister J Jayalalithaa.
The party also expelled party spokesperson V Pugazhendi, stating the the leader was against the party.
The AIADMK, in its statement today, termed Sasikala's telephonic conversations with its cadre as 'drama' and stated: 'The party will never destroy itself for the desires of one family.'  -- ANI
« Back to LIVE