« Back
No prior sanction required to probe corruption charges against Deshmukh: CBI to HC
June 14, 2021  20:36 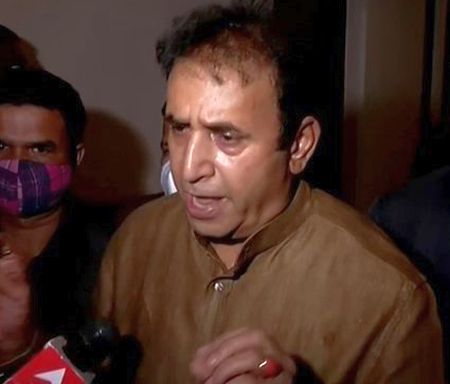 The Central Bureau of Investigation has urged the Bombay high court to dismiss a plea filed by former Maharashtra home minister Anil Deshmukh seeking that an FIR registered against him by the central agency on charges of corruption be quashed.
In an affidavit filed in the HC last week, the CBI said the FIR against Deshmukh had been registered in April this year on the basis of a preliminary inquiry which the high court had allowed following a batch of petitions seeking a probe into corruption allegations against the NCP leader.
The central agency said even the Maharashtra government had not raised any grievance on the issue of sanction.
The CBI said Deshmukh's plea was an abuse of the process of law.
The premier agency prayed that the HC dismiss Deshmukh's petition, for, granting any relief to the former minister would hamper its probe that was at a "preliminary but crucial stage."
In his plea in the HC seeking the FIR's quashing, Deshmukh has said the CBI had failed to seek prior sanction that was necessary under the law since he was a public servant at the time of the alleged offence.
The CBI, however, said in its affidavit, "No sanction is necessary in this case."
"Sanction is not required particularly in cases of illegal gratification or amassing wealth by illegal means as the same can never be considered to be in discharge of official duties," the affidavit reads.
The central agency said the letters written to the Maharashtra chief minister by former Mumbai police commissioner Param Bir Singh, alleging corruption and misconduct on Deshmukh's part, revealed a cognisable offence as per law.
In April this year, a Bombay HC bench led by Chief Justice Dipankar Datta had directed the CBI to conduct a preliminary inquiry against Deshmukh following the allegations of corruption levelled by Singh.
The inquiry was to be based on a complaint lodged at a Mumbai police station by lawyer Jaishri Patil. -- PTI
« Back to LIVE