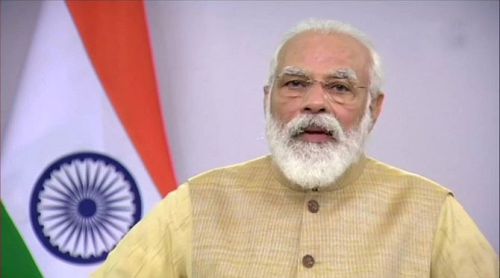 Prime Minister Narendra Modi on Monday congratulated new Israeli PM Naftali Bennett, saying he looks forward to meeting him to deepen the ties between the two countries.
"Excellency @naftalibennett, congratulations on becoming the Prime Minister of Israel. As we celebrate 30 years of the upgradation of diplomatic relations next year, I look forward to meeting you and deepening the strategic partnership between our two countries", Modi tweeted.
PM Modi also expressed his gratitude towards former PM Benjamin Netanyahu as he thanked the latter for his leadership and his attention to the India-Israel strategic partnership.
"As you complete your successful tenure as the Prime Minister of the State of Israel, I convey my profound gratitude for your leadership and personal attention to India-Israel strategic partnership @netanyahu", he tweeted.
Naftali Bennett, a former ally of Netanyahu turned rival, became prime minister after the 60-59 vote. Promising to try to heal a divided nation, Bennett will preside over a diverse and fragile coalition comprised of eight parties with deep ideological differences.
« Back to LIVE