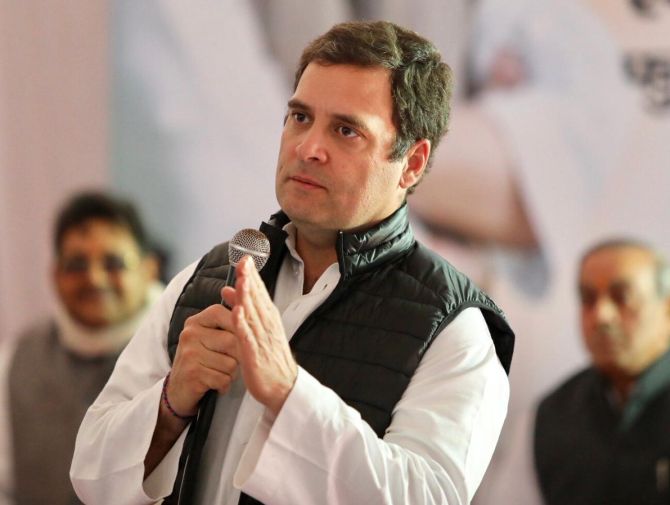 Congress leader Rahul Gandhi on Monday hit out at the BJP over the alleged scam in purchase of land in Ayodhya by the Ram temple trust and said betrayal in Lord Ram's name is unrighteous.
"Shri Ram himself is justice, truth, faith. Betrayal in his name is unrighteous," he said in a tweet in Hindi, alleging a scam in the land purchase.
The Congress has alleged that the Shri Ram Janmabhoomi Teerth Kshetra Trust had purchased a piece of land worth Rs 2 crore at Ayodhya in Uttar Pradesh at an inflated price of Rs 18.5 crore.
In another tweet, he hit out at the government over its pro-privatisation drive and said it would not help the people.
"GOI's 'Modi Mitr-centric' (friend-centric) privatisation drive won't help the public. NYAY will," he said, while pointing to the scheme he had proposed for providing direct cash in accounts of the poor and the oppressed sections of society. -- PTI
« Back to LIVE