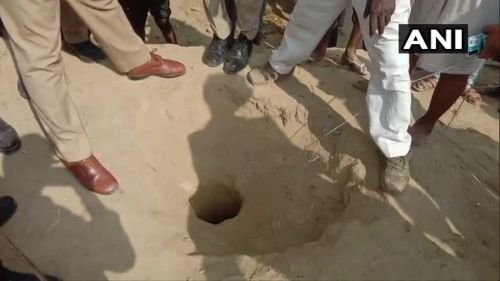 A five-year-old child fell into a 150-feet-deep borewell while playing in Dhariyai village on Monday, police said, adding that rescue operation is underway. The incident took place about 8:30 am under Nibohara police station area in Fatehabad in Agra rural.
So far, the child's movement can be noticed and he was responding, Station House Officer Sooraj Prasad told PTI.
He added, "The rescue of the child was on since the police got information about the incident." An eyewitness said the child fell into the borewell that was dug by his father, Chhotelal. "We had dropped a rope into the borewell which the child had caught and he has been responding to our queries," the villager added. PTI
« Back to LIVE