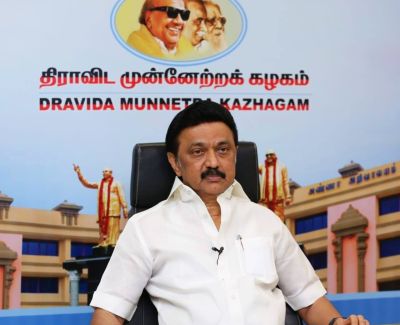 MK Stalin
Tamil Nadu Chief Minister MK Stalin will meet Prime Minister Narendra Modi in New Delhi on Thursday, June 17.
On his first visit to the national capital since assuming office on May 7, Stalin will seek the Centre's intervention in releasing the seven convicts in the Rajiv Gandhi assassination case, as well as demand more grants for the state.
While in Delhi Stalin will meet Home Minister Amit Shah and Finance Minister Nirmala Sitharaman, apart from calling on allies, Congress president Sonia Gandhi and Rahul Gandhi, and CPM's Sitharam Yechury, before returning to Chennai on June 19.
Stalin's meeting with the prime minister comes just ahead of the Tamil Nadu assembly convening on June 21 under the new DMK government.
« Back to LIVE