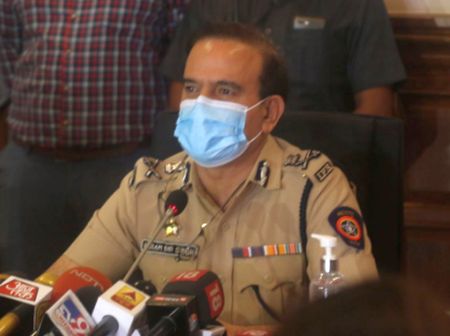 The Supreme Court refuses to entertain former Mumbai Police Commissioner Param Bir Singh's plea seeking transfer of all inquiries against him to an independent agency outside Maharashtra.
"You've been in the police force for 30 years. You can't now say you want your inquiries outside the state. You can't have doubts over your own force. You're part of Maharashtra cadre and now you don't trust the functioning of your own state? This is a shocking allegation," SC says.
Singh, a 1988-batch IPS officer, was removed from the post of Mumbai Police Commissioner on March 17 and was made the General Commander of Maharashtra State Home Guard after he levelled allegations of corruption and misconduct against the then Home Minister and senior NCP leader Anil Deshmukh.
The Bombay High Court had ordered a CBI probe into allegations of Singh against Deshmukh who had to resign as the minister.
In his plea filed in the apex court, the senior police officer has alleged that he has been made to face several inquiries by the state government and its instrumentalities and sought their transfer outside Maharashtra and a probe into them by an independent agency like the CBI.
« Back to LIVE